Behold the Google Pixel 2 of your dreams 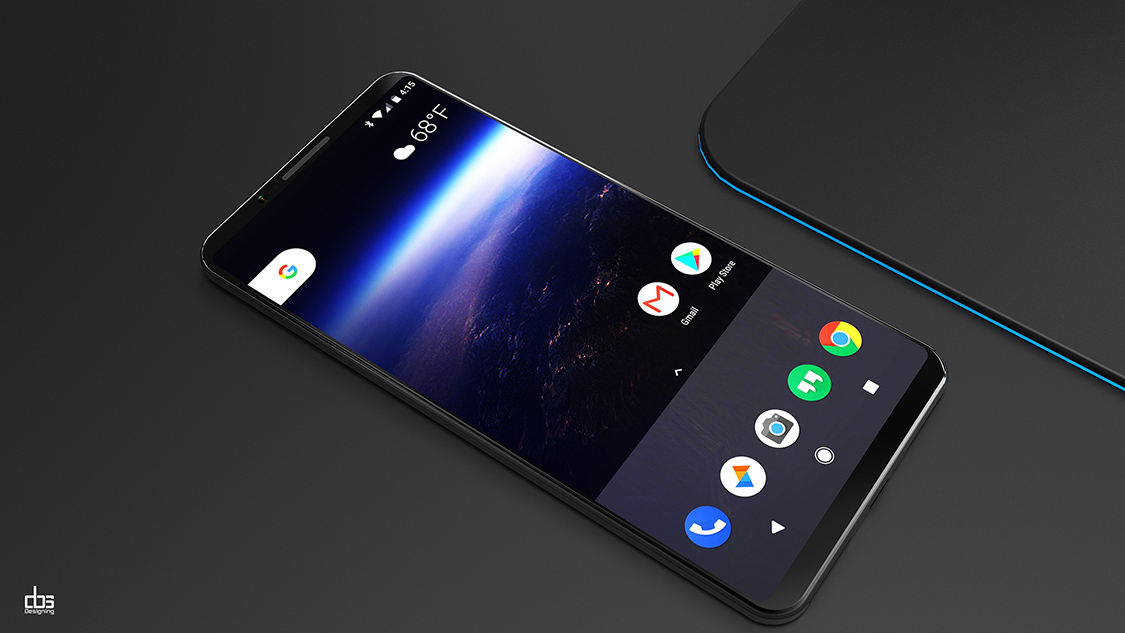 LG’s G6 was the first big flagship Android phone to debut this year. Samsung’s Galaxy S8 and Galaxy S8+ have been on store shelves for a while now, and the HTC U11 was just released. The Moto Z2 Play was recently unveiled, the Essential phone will launch soon, and we know the OnePlus 5 will make its debut shortly. Then there’s the Galaxy Note 8, which is also on the horizon. All of these phones are phenomenal, representing big steps forward in so many ways for the Android phone market and the global smartphone market in general. But if you’re a hardcore Android fan, there’s only one upcoming new smartphone series you care about. That’s right, it’s the new Google Pixel 2 and Pixel 2 XL… and if they’re anything like the design you’ll see in this post, prepare to have your mind blown.

We’ve covered the work of graphic designer Muhsin M. Belaal Auckburaully a few times before here on the site, but this time he’s really outdone himself. Using what little we’ve heard about the Pixel 2 so far, and in light of the shrinking bezel trend that’s all the rage in 2017, Auckburaully dreamt up a Google Pixel that could very well be the hottest Android phone the world has ever seen.

Here are a few images of Auckburaully’s Pixel 2 concept:

And here’s a video of this sleek concept smartphone in action, as posted on the DBS Designing YouTube page:

We still don’t have any real indication of what to expect from Google and HTC’s Pixel 2 design this year, but we sincerely hope the Pixel 2 and Pixel 2 XL end up resembling this concept. You can see more renders of the device on Auckburaully’s Behance page.