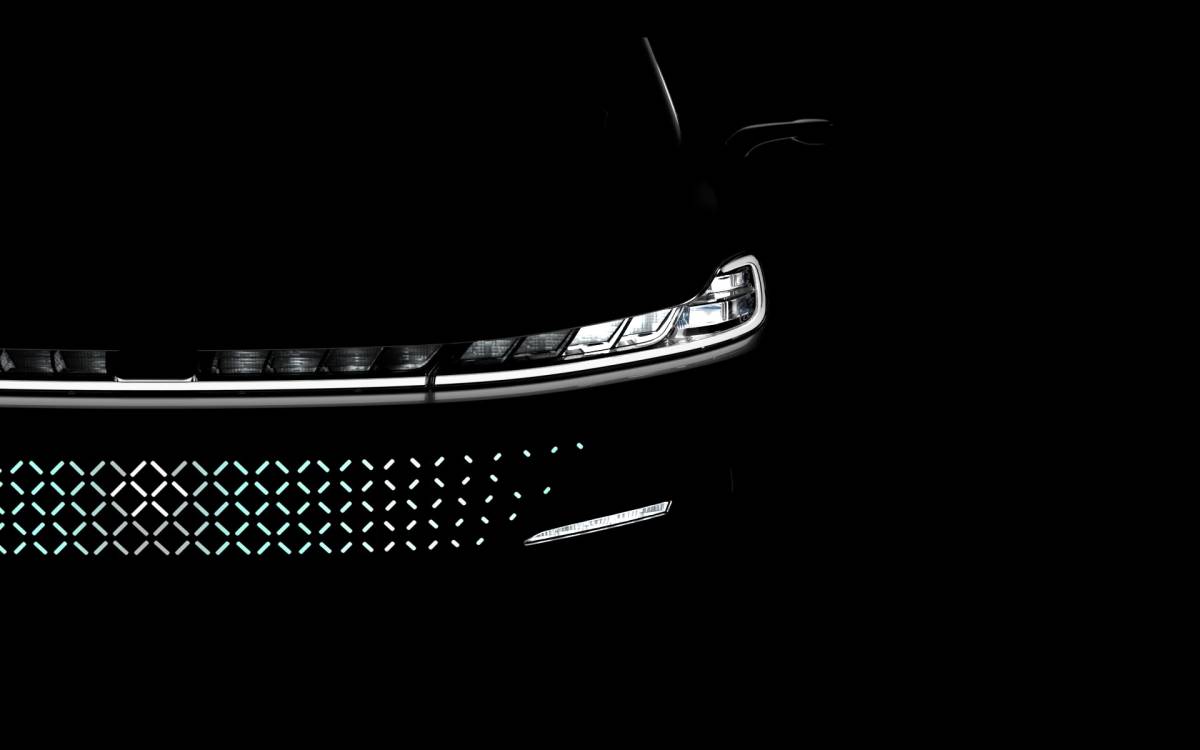 I have seen prototypes of Faraday Future’s just-unveiled FF 91 electric crossover. I have toured the state-of-the-art facility where this exciting new car is being designed and tested. I have sat in the futuristic interior. I have reclined in the rear zero gravity seats, which will offer heating, cooling and massages in addition to an industry-leading recline angle akin to business class on an airplane. I have taken a ride in an early prototype of the car and had my head pinned back by its rocket-like acceleration. I have watched as the car drove itself around a lot in search of an open parking space, and then backed itself into a spot without any human intervention.

The Faraday Future FF 91 is real, and it’s spectacular. But an important question remains: Will this impressive vision of the future actually make it to production?

Faraday Future generated a tremendous amount of buzz at CES last year when it unveiled its FFZERO1 concept supercar. But there was too much hype leading up to CES, which left the media disappointed that the car was just that: a concept. For this reason, Faraday Future invited a small number of reporters to its headquarters in Gardena, California ahead of CES 2017. The goal was to show us all that the FF 91 is not vapor. This is a real car, and it’s unlike anything else on the road today.

Faraday Future has indeed come a long way in designing and developing the FF 91, but there is still a tremendous amount of work to be done if this car is ever to see the light of day.

The FF 91 — pronounced “nine one” — looks like something straight out of a science fiction movie. Designed entirely in virtual reality, the lines on the car’s exterior resemble something from Minority Report. Inside, not even Steven Spielberg and his team could have dreamt up such a futuristic interior. Dozens of individual screens surround the driver and the front and rear passengers, presenting information and providing interfaces for controls. There are even screens in the pillars on the outside of the car, welcoming the driver by name as he or she approaches the vehicle. 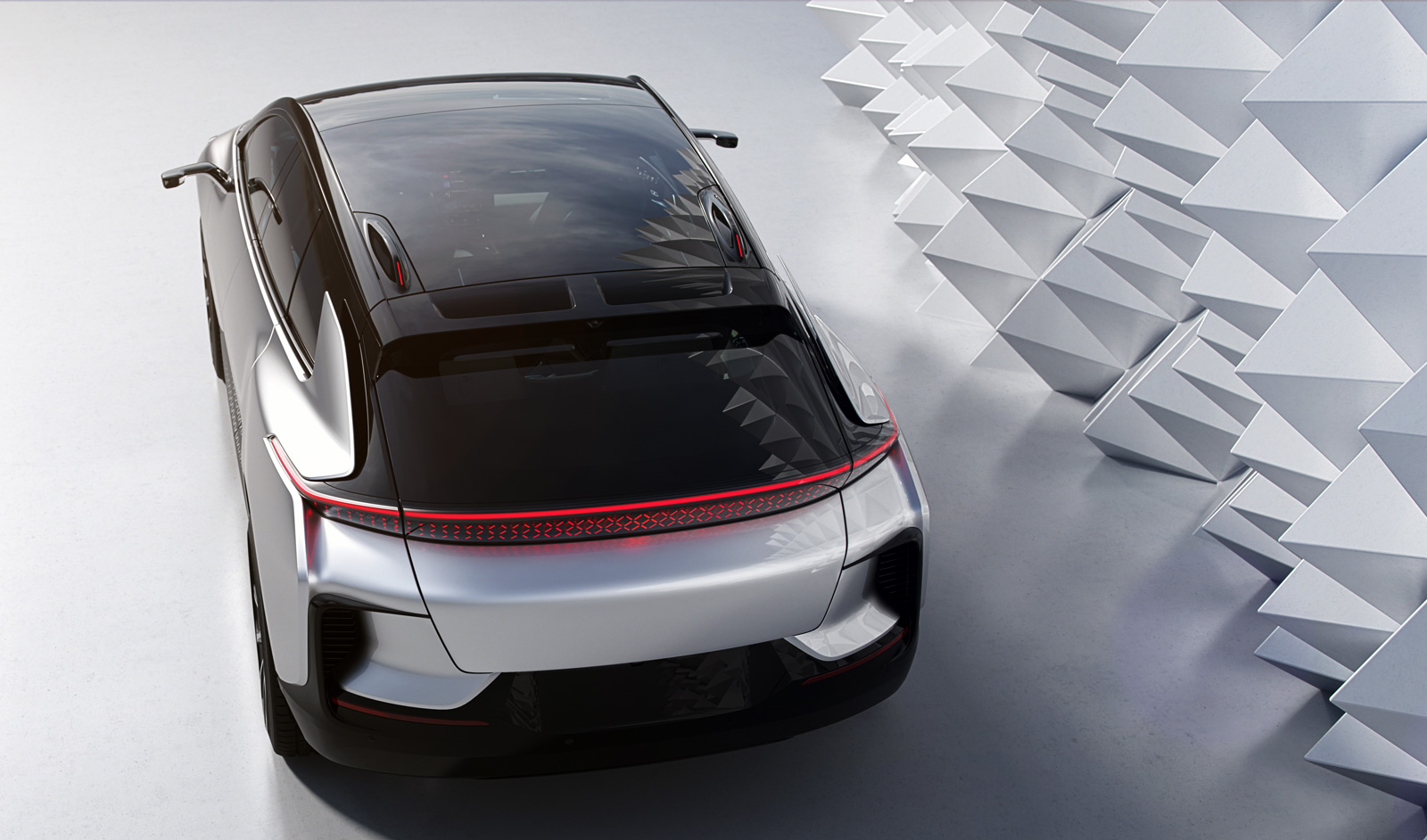 There are no door handles. Instead, buttons open and close motorized coach doors, often referred to as suicide doors, on either side of the vehicle. The doors are fitted with sensors so they will only open as far as they can safely without hitting any objects that might be obstructing their paths.

There are no keys. Cameras use facial recognition to identify the driver, and the FF 91 connects via Bluetooth to an iPhone or Android handset. This car was also built with ride sharing in mind, so it uses the same technology to identify passengers. Whether you take a seat in the front of your own FF 91 in your driveway, or in the back of an FF 91 halfway around the world, the car will automatically adjust the seat position, presets and all other important settings to your preferences.

There is no combustion engine. Depending on the configuration, the all-electric drivetrain utilizes either two or three electric motors to deliver up to 1,050 hp. According to Faraday, that’s enough power to propel the FF 91 from 0 to 60 mph in just 2.39 seconds. There is no production car that fast on the road today. Even after Tesla pushes out a planned update to Ludicrous Mode on the Model S P100D, its 0 to 60 time will improve to 2.4 seconds.

There are no mirrors. High-definition displays replace the rear view and side view mirrors, and HD cameras positioned around the vehicle provide a far wider range of view than any traditional mirrors.

At times, there is no driver. Faraday is preparing for the sea change currently taking place in the automotive industry by introducing a fully retractable 3D lidar solution. It emerges from the hood and allows the car to drive autonomously, working together with 10 high-definition cameras, 13 long- and short-range radar sensors, and 12 ultrasonic sensors. Full self-driving is still a bit far off in the future, but at launch the FF 91 will already support several autonomous modes. Among them is a valet mode, which will work in select locations that have been mapped by Faraday. In valet mode, the driver can exit the car at the front door of a building and the FF 91 will drive itself around the lot, then park itself in an open space.

If the company can pull things together, work its way through reported financial troubles and executive departures, and manage to launch this revolutionary new vehicle, it will be a game-changer.

Innovation is at the core of the FF 91, which is built on Faraday Future’s Variable Platform Architecture (VPA). This solution consists of a modular wheelbase, modular battery infrastructure, and modular motor configurations. VPA tech will allow Faraday to build new vehicles on the same platform architecture, dramatically reducing time to market for future vehicles.

In the case of the FF 91, the battery packs will combine to total 130 kWh and deliver an EPA estimated 378 miles of range. The batteries refuel using a proprietary connection that charges at an industry-leading 500 mph, which Faraday says can recharge the vehicle from 50% to 100% in 4.5 hours.

More innovations extend through the entire interior of the car and also to the exterior, where Faraday Future has developed lighting solutions unlike anything we’ve seen before. An example is the “FF” logo pattern lighting in place of a front grille and on the lower side panels. This lighting not only illuminates the ground when passengers enter and exit the car, but also glows and pulses when the vehicle is in autonomous mode. Once learned, this communicates to nearby pedestrians that the vehicle is driving itself.

From the front fascia to the signature “UFO line” that runs down the mid section of the car, the exterior design is driven by aerodynamics. But Faraday innovated beyond the shape of the car. Take the “active wheels,” which automatically rotate an inner disc to seal off the gaps between spokes and further improve aerodynamics at high speeds. 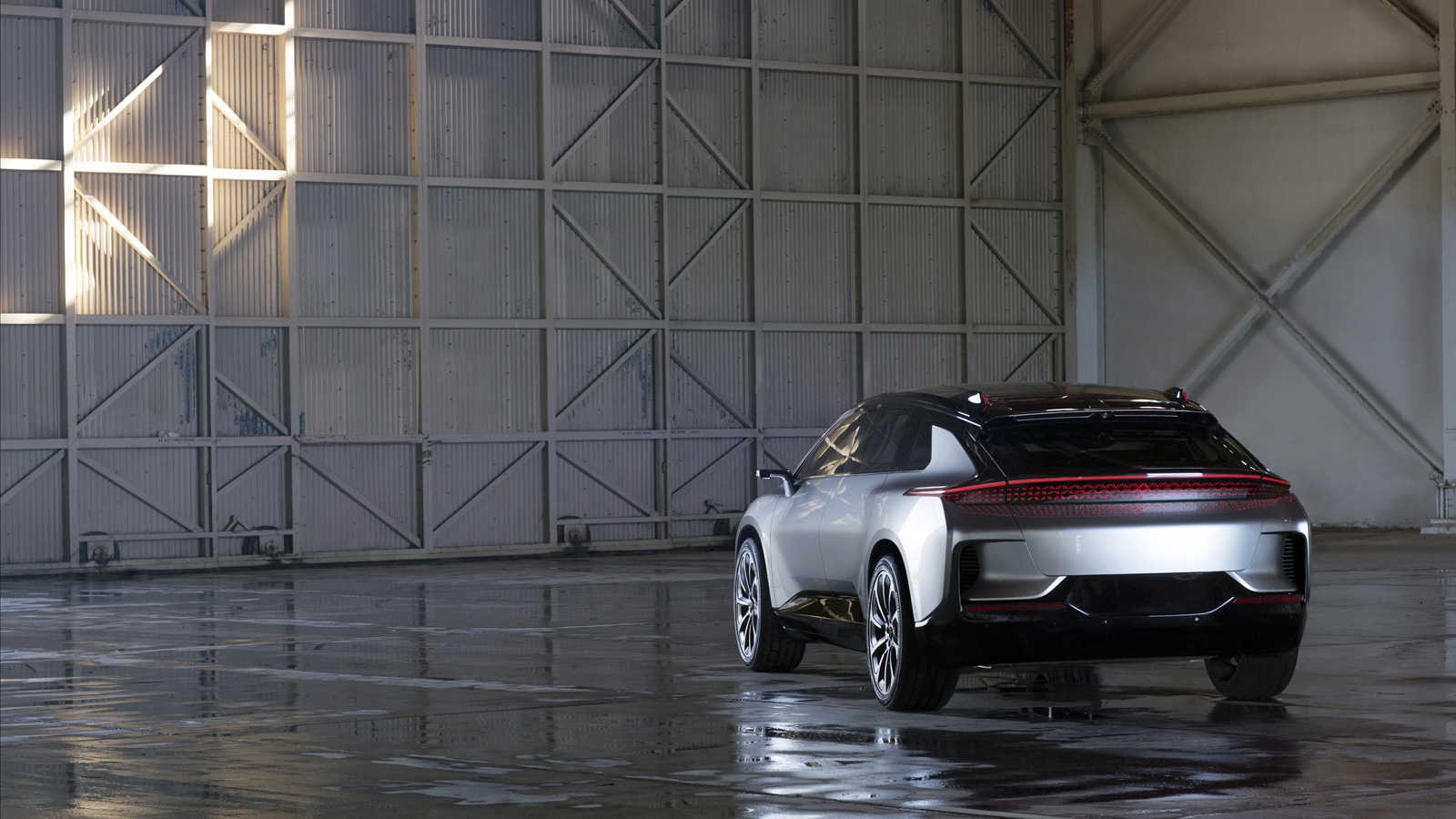 From Polymer Dispersed Liquid Crystal self-dimming glass in the rear windows and panoramic roof, to the in-house hybrid connectivity solution that keeps the car and mobile devices within connected to the internet via multiple wireless carriers and multiple network technologies, everything in the FF 91 feels new and innovative. It also feels expensive, though Faraday hasn’t yet announced pricing or trim levels and options. That won’t stop the company from taking reservations beginning immediately on its website, however.

A $5,000 refundable deposit reserves your place in line, and the first 300 reservations will have the option to upgrade their orders to a special FF 91 Alliance Edition this coming March. The company hasn’t yet clarified what special features will be included on the Alliance Edition model.

Faraday Future has had a difficult year, with rumors financial woes growing worse, lawsuits from vendors alleging lack of payment, and the loss of several key executives that reportedly culminated with the recent departure of global CEO Ding Lei. By the looks of things, Faraday’s journey may grow even more difficult before things get any easier. But the company has gathered big names from across the auto industry and other industries as well. It has the vision, it has the talent, and it has prototypes of what is undoubtedly one of the most impressive and innovative vehicles that has ever existed. If Faraday can escape its past, it very well may be able to build and launch the car of the future.

Faraday Future plans to start production of the FF 91 sometime in 2018 at its Las Vegas plant, which is currently under construction.

By Mike Wehner 23 mins ago