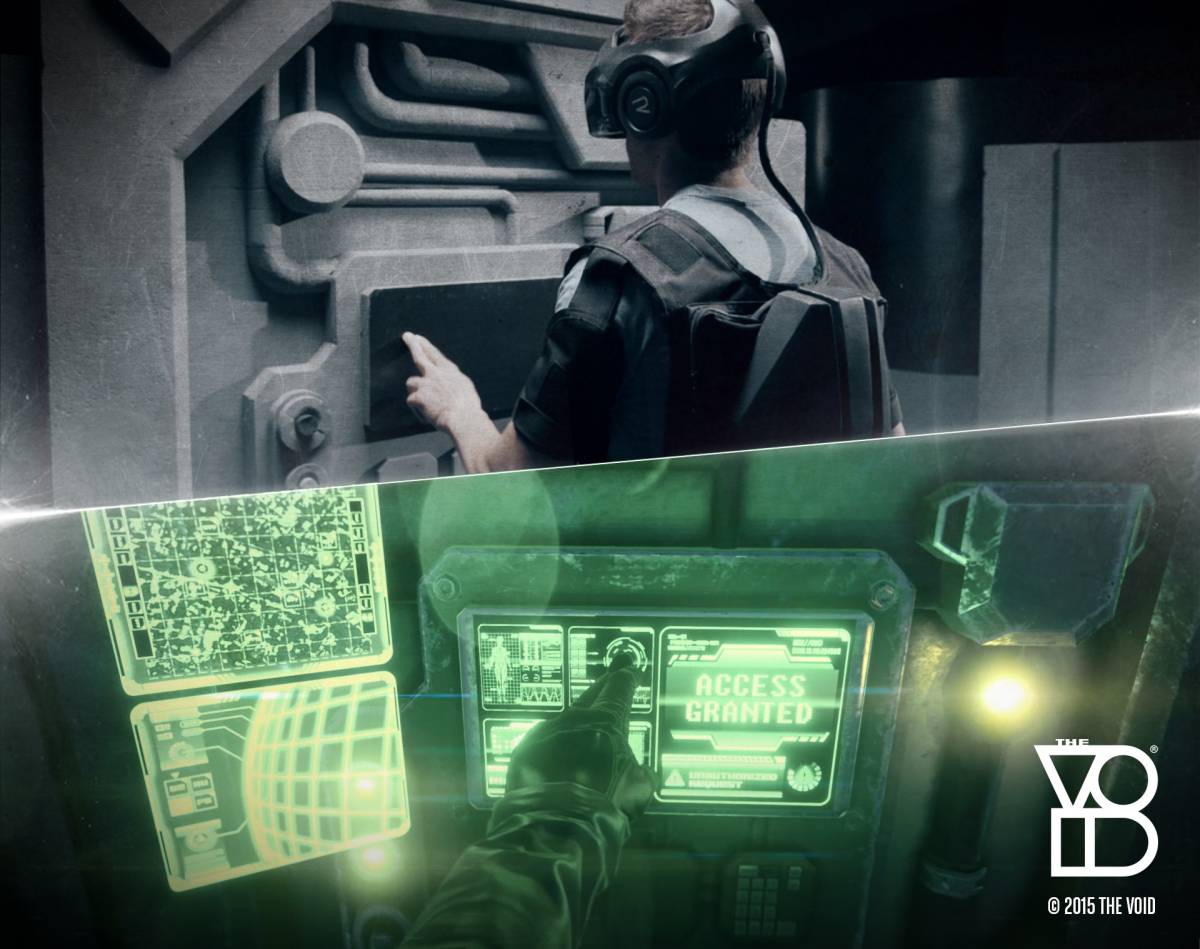 A company in Salt Lake City says it’s about to break ground on the amusement park of the future — one built especially with VR enthusiasts in mind.

The VOID — it stands for The Vision of Infinite Dimensions — is working toward opening a VR theme park in the area that will combine a set of physical experiences with equipment like a head mounted display and a vest with 22 points of haptic feedback. As VOID co-founder Ken Bretschneider, explains it, the company then uses that gear to overlay a digital world onto what’s really a basic, sparse room. You walk around it physically but experience, well, whatever the company decides it wants you to experience.

It can put you in an essentially empty room and make you feel, with the attached headset and equipment, that you’re fighting aliens; scurrying through a maze; exploring a city; like a souped up laser tag-meets-dungeon crawler-meets immersive 4D experience.

Bretschneider and his co-founders actually have a vision of expanding the concept beyond their home base of Utah. To that end, The VOID teamed up this summer with the filmmakers behind the new Ghostbusters movie to open a kind of mini — The VOID experience at Madame Tussauds in New York. You strapped on the headset and because of what you could see digitally and the ability to physically move and roam, you actually felt like you were right there exploring and zapping ghosts with your proton pack (though, in addition to wearing the headset, you were physically holding just a plastic gun).

The public’s reaction helped underscore to the team behind The VOID that it’s on to something.

“I have a lot of interest in location-based entertainment, and together with one of my good friends we got together and started designing a concept that was going to be kind of a regional theatrical-based theme park concept,” Bretschneider said. “Almost like an event center on steroids. And the idea was to use technology like augmented reality and interactive 3D projection mapping to kind of bring the magic to it. And the park would change with the seasons. So we’d move from kind of a haunted autumn season to a magical winter festival season and then in the summer do another type of season with the design.

“Along the way, we were thinking about what kind of a catch we could have in the park design that would get people excited and bring in the thrill experience without having to introduce thrill rides and things like that.”

That’s when the idea that would become The VOID began to take shape, along with the notion of using gear like a headset and backpack to help map a digital world onto the canvas of the physical.

“So we’d use VR to make it wireless so you could transverse in real time in a digital environment but also be centered in a physical environment,” Bretschneider said. “We thought that combination of digital and physical would be a really powerful experience.”

His company isn’t the only one at the vanguard of this trend at the moment. Other parks and attractions that likewise see potential in using VR to complement the real-world experience include Six Flags New England in Massachusetts, which has introduced “Superman: The Ride Virtual Reality Roller Coaster.” Similar to how things work at The VOID, riders strap on headsets and see images related to the Man of Steel as they ride.

At Six Flags Great America, in the Chicago metro area, riders of the Demon roller coaster there likewise wear a VR device that presents monster-themed images. In Orlando, Universal has a VR experience called The Repository, which Universal described in a blog post this way: “Throughout this heart-pounding, psychological journey, guests’ most personal and intimate fears will be tested as they encounter real-life characters in highly themed physical environments, while working together in teams of four to uncover a paranormal mystery told through the use of the cutting-edge technology.”

All of which is to say — it was probably past time to bring some VR magic to the traditional theme park experience. Indeed, the response The VOID alone has seen proves that’s the case.

Over the past year, The VOID says it’s landed partnerships with film and video game studios and put thousands of people throughout its Ghostbusters experience in New York. It also went to TED in Vancouver to show off its VR experience.

“We were never out to create the next great headset,” Bretschneider says. “Our emphasis was to create an immersive attraction that people could go into and where we could match the physical and digital reality together fully. That’s how The VOID was born.”