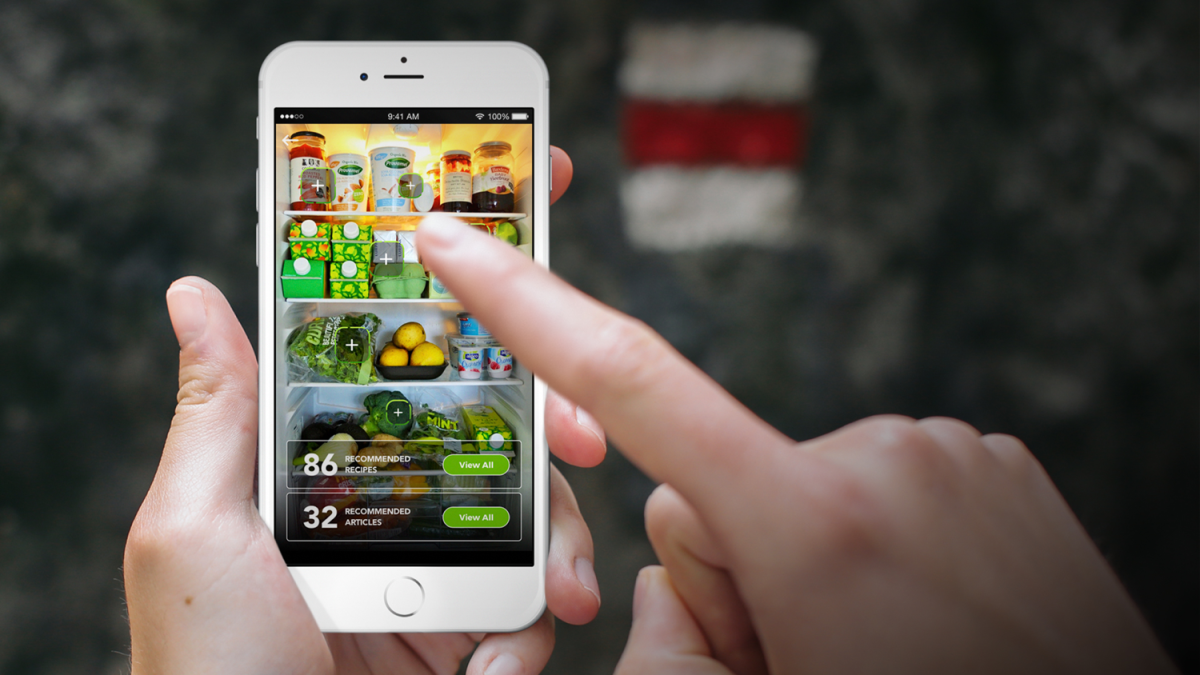 The California-based smart kitchen startup Innit has been cooking up an expanded master plan for itself this year that’s brought it millions in new funding as well as major corporate partnerships, the newest being the big appliance maker Whirlpool.

Innit wants to essentially be the software layer that sits on top of a growing assortment of connected appliances and devices. Manufacturers like Whirlpool are increasingly turning to smaller software-focused companies to help bring smart kitchens to life — indeed, it’s why Innit announced a partnership recently with Whirlpool to enable advanced automated cooking on their kitchen appliances, starting with Jenn-Air brand WiFi connected wall ovens.

Call it the Internet of Things… That Help You Cook Better Food. Brett Dibkey, vice president and general manager of integrated business units at Whirlpool, told BGR the company is trying to speed up innovation on connectivity and sensors in its kitchen appliances.

“We’re starting with digital recipes and WiFi oven integration, which can yield tremendous benefits for our consumers,” he said. “We’re looking at driving additional innovation with Innit as part of our joint roadmap.”

The Innit crew told us earlier this year they have pretty big ambitions for what they want to do in the kitchen, mentioning maybe having something like a refrigerator be aware of possible ingredients on hand and just suggesting meals for you. In response to Innit’s partnership with Whirlpool, Michael Wolf — creator of the Smart Kitchen Summit event — said companies like Innit have the potential to dramatically reshape “food storage, preparation, recipe discovery and cooking in the consumer kitchen over the next decade.”

And, to be sure, it’s not just Innit.

CNET reported in recent days that Bosch is using a company called Drop that’s based in San Francisco and Dublin to provide software for Bosch’s Series 8 ovens that lets users tweak things like cook times and temperature based on recipes you pick with an app. Drop is a company whose main products are a connected kitchen scale and a recipe app, and its integration with the Bosch ovens will start showing up in October.

Then there are companies like Samsung, which was scheduled to show off its smart refrigerator called the Family Hub at this year’s IFA tech show in Berlin that runs from Sept. 2 through Sept. 7. Among its sensors and other capabilities, the frig has cameras that photograph what’s inside, measures how long the food has left and sends information like that to a mobile app. A display panel also shows similar information.

IKEA is in on the act, too. It’s promoted its “Concept Kitchen 2025,” for which it collaborated with the design firm IDEO and a group of students from Lund and Eindhoven universities. One feature — a “Table for Living,” upon which someone can place a piece of food and cameras scan it, recognize it and can display things like recipes and a cooking timer right there on the table.

To be sure, this is a subset of a much larger trend. The research firm Gartner has said it thinks the average household could very well be packed with hundreds of connected devices in just five years.

Indeed, a Gartner report from the end of 2015 forecast that 6.4 billion connected things will be in use worldwide this year, up 30 percent from 2015, and will reach 20.8 billion by the end of the decade. “5.5 million new things,” the firm noted, “will get connected every day.”

Obviously, that’s great for a company like Innit, the growth of which will unfold in tandem with the rise of the Internet of Things. “Longer term,” Innit CEO Kevin Brown told BGR, “the Innit connected food platform extends throughout the end-to-end cooking cycle, including food selection, storage, preparation and cooking. Innit is building a connected food ecosystem, and we’re incredibly excited about the potential to rally the broader $21.5 trillion food industry to empower consumers in the kitchen.”

Maybe what they’re proposing for the kitchen sounds like a kind of dystopian Mrs. Doubtfire to some people, wherein they’re enabling machines to tell us how to feed ourselves and take care of our meals. The potential is there, though, for improvement and efficiency in the kitchen that plenty of people should be able to appreciate — so long as that improvement doesn’t come with a flat Hal-like voice scolding “I’m sorry, Dave, I’m afraid I can’t let you do that” every time it catches us reaching for some junk food.