iPhone 6s unboxing: Meet the rose gold iPhone you’ve heard so much about 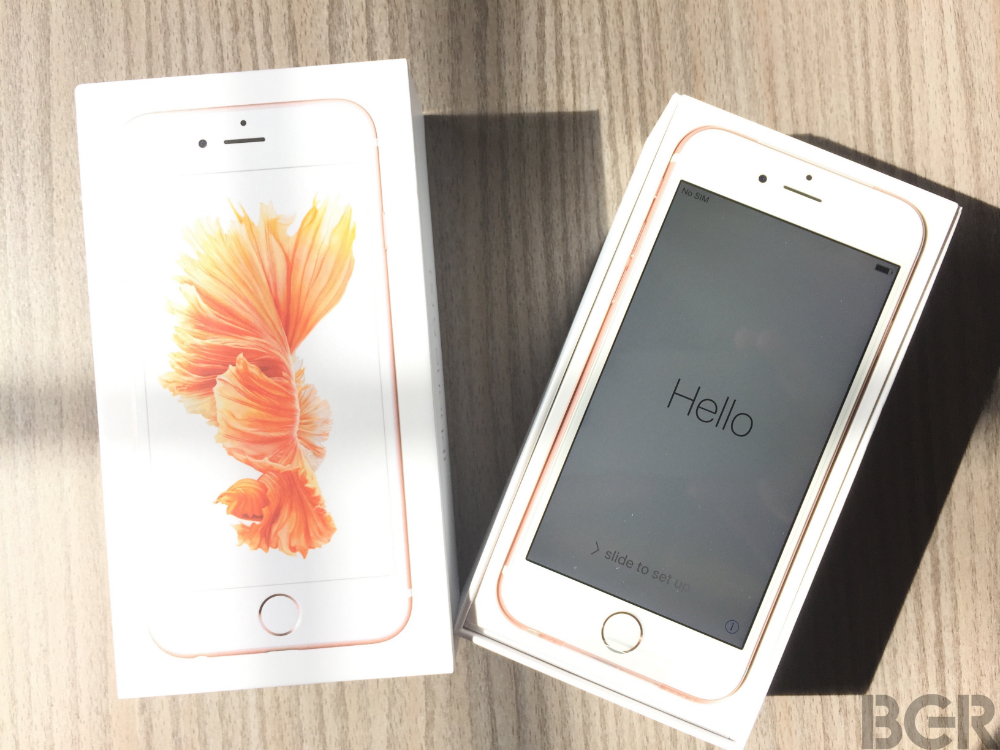 It’s iPhone 6s launch day today, meaning that millions of devices are going to be delivered to excited buyers around the world who preordered the handset, and others will purchase their chosen model in stores. Like many people, I decided not to wait in line for hours to get the iPhone and preordered it instead. And like many of those customers who ordered a new smartphone from Apple in the past few weeks – at least according to unofficial estimates – I got a pink model.

As you’ll see in the following set of images, the iPhone box is neatly secured inside the otherwise inconspicuous retail packaging Apple used for its delivery, tightly kept in place by extra sheets of plastic that should prevent it from moving around during shipping.

The actual retail package of the iPhone 6s is similar to the iPhone 6’s, though there’s one clear difference. On the top, you can actually see a picture of the iPhone you’re about to take out of the box, in its actual color (rose gold in this case), sporting a dynamic wallpaper, just as it does on Apple’s site.

Long-time iPhone users surely already know what to expect next. As soon as you carefully lift the top of the box, you’ll instantly see the iPhone in its protective plastic wrapper, waiting to be taken out of its cradle.

Underneath the phone, you’ll find an envelope containing the SIM tray key, information about the product and Apple stickers, the Lightning cable, power adapter and a pair of headphones, all neatly tucked away in their own box.

And yes, the phone is pink but I definitely won’t cover it with anything other than a transparent case.

Now it’s time to update it to iOS 9.0.1 and restore it from a recent iPhone 6 backup. The phone has plenty of battery life to get you through the initial setup and update process (more than 85% in my case), and it powers up swiftly.