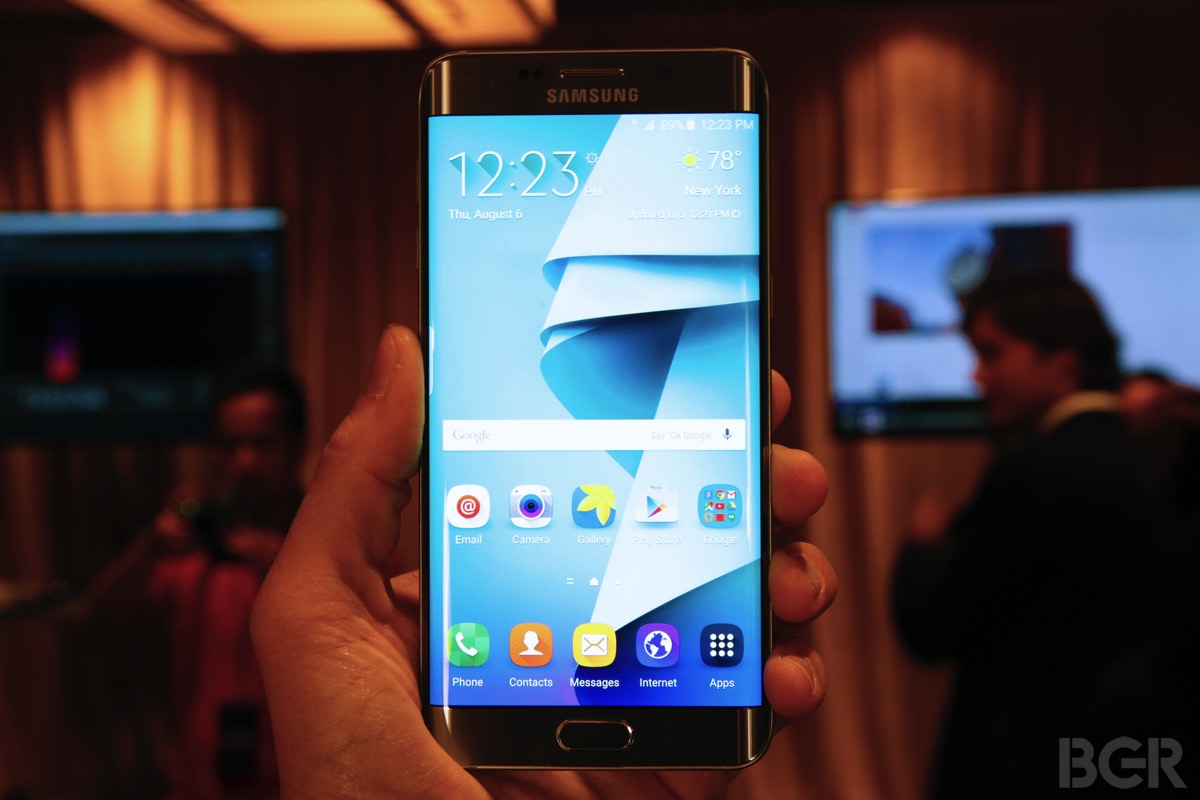 The Galaxy S6 edge is a curious phone. Some people don’t understand why Samsung even released the handset to begin with, so I did my best to explain it in a recent article. Long story short, the S6 edge offers differentiation in a market full of boring phone designs that look nearly identical. Samsung also enjoys wider margins with the edge, which is crucial since Samsung’s smartphone margins are quite low.

According to Samsung, demand for the Galaxy S6 edge was so strong that the company couldn’t even build the phone fast enough to keep up with demand. Curiously, however, the company dropped prices on the Galaxy S6 and S6 edge right after it made that claim.

For Samsung’s sake, I hope that demand was indeed strong, because the company now plans to release what is essentially the same exact phone, but a bit bigger.

I recently penned an article that questioned why smartphone makers continue to copy Apple’s strategy year after year when it isn’t working out very well for them. After all, Apple pulls in more than 90% of the smartphone industry’s profits each quarter.

Releasing a new phone each year that is strikingly similar to its predecessor but slightly better works for Apple. It works remarkably well. But it doesn’t really seem to be working for any other company. Apparently, that won’t stop them from trying over, and over, and over again.

And now, Samsung has decided to take things a step further.

I’m not a big fan of the iPhone 6 Plus. I like that Apple finally came around and launched a smartphone with a large display, and clearly there was pent-up demand for an iPhone phablet. The 6 Plus is the best-selling phablet in the world, after all.

But it’s bigger for the sake of being bigger. While Samsung’s Note lineup has distinct features that make use of the larger form factor, Apple just took its iPhone 6 design, enlarged it, and slapped a “Plus” on the end.

Now, despite the fact that Samsung already has several phablets with great phablet-only features, the company has decided to take yet another page out of Apple’s playbook. It took a flagship phone and just… made it bigger.

Then, for good measure, Samsung even slapped a plus on the end as well.

The Galaxy S6 edge+ is the iPhone 6 Plus of Samsung phones. As far as the user is concerned, it’s the exact same phone as the Galaxy S6 edge, but bigger. The design is great, the glass and aluminum housing is great, and the software is much improved compared to last year’s Galaxy lineup.

Sadly, there’s really not much more to say about this phone.

I spent time with both of Samsung’s new phablets ahead of today’s announcement. While I was a big fan of the Galaxy S6 edge and chose it for myself over the standard Galaxy S6, I would recommend the exact opposite here.

The Galaxy Note 5 is a fantastic phablet that looks impressive, feels fantastic and packs plenty of power. Then the S Pen and related software features push things over the top. For more, see my Galaxy Note 5 hands-on preview.

Samsung’s Galaxy S6 edge+ is a great-looking phone though, and it features hardware that is second to none. If you want a Samsung phablet and you’re not a fan of features that make having a phablet worthwhile for some reason, then the edge+ is certainly not a bad choice.

The Galaxy S6 edge+ launches later this month, and key specs can be seen below.