Here Are All the Free PS4, PS3 and PS Vita Games You Can Download in July 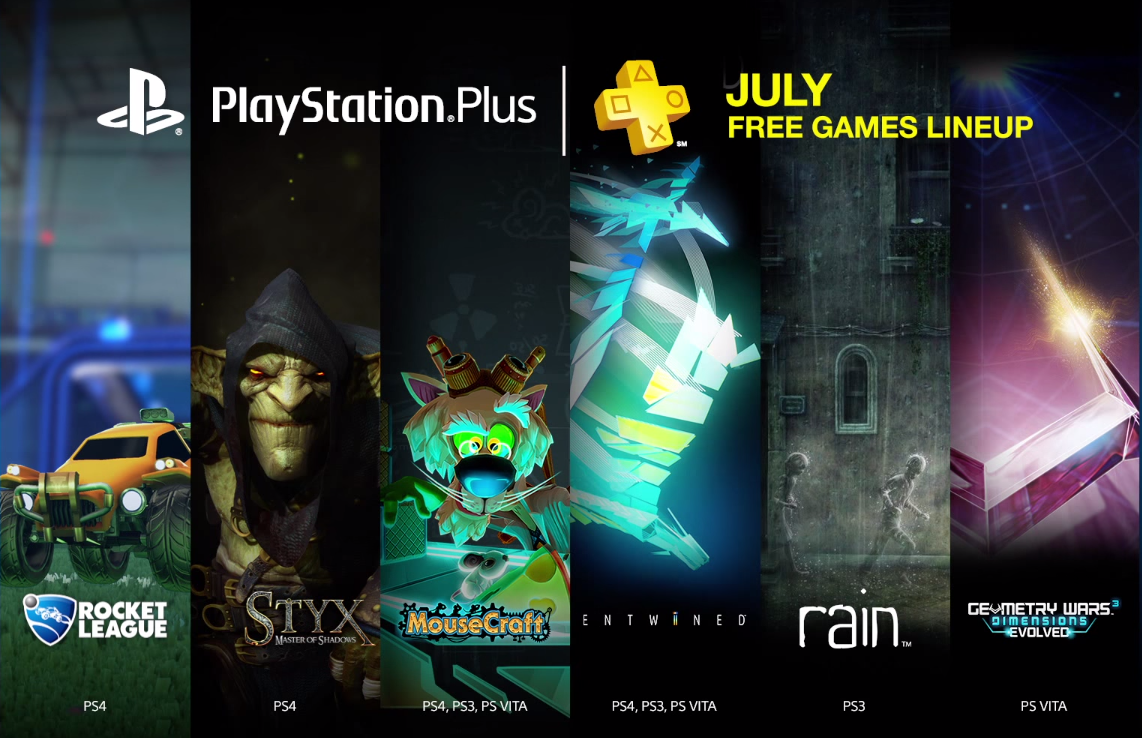 After putting diehard fans into cardiac arrest during its E3 2015 press conference, Sony couldn’t possibly surprise anyone with its Instant Game Collection for July 2015. But even with expectations at an all time high, the company seems to have delivered a pretty solid offering, highlighted by a game that I haven’t stopped talking about since May.

On Wednesday, Sony revealed its free PS4, PS3 and PS Vita game lineup for July. As long as you have an active PS Plus subscription, you can download all six of these games for free starting next Tuesday:

Having only played the open beta, I can already say that Rocket League is one of my favorite games of 2015. It’s fast, it’s fun, it controls as well as you could possibly imagine — it’s nearly perfect. If you haven’t yet, feel free to watch me playing some of it from earlier this year.

Styx: Master of Shadows was one of those games that was on my radar forever, but when it launched, I never actually got around to playing it. Can’t wait to finally dive into this stealthy fantasy adventure later this month.

The developers of MouseCraft call it “The Cheesiest Game Ever,” which leads me to believe that none of them played Tom & Jerry on the NES. Nevertheless, I’m always up for another addictive puzzler, cheesy or otherwise.

I first saw Entwined at E3 2014, and its visual splendor put a smile on my face. Then I read all the middling reviews and moved on without ever downloading it. Glad this one made the list though, because now I no longer have an excuse.

“Developed by PlayStation C.A.M.P!, the creative minds behind Tokyo Jungle and Echochrome” was all I needed to read on the PlayStation games page for Rain before I knew I’d have to dust off the PS3 to give it a whirl.

Everyone loves Geometry Wars. This is the new one, and it’s coming to PS Vita for free. If you own a PS Vita, do yourself a favor and download this the minute it’s available next week.

All six of these games will be available to download from the PlayStation Store on Tuesday, July 7th. Watch a video of the games in action below: