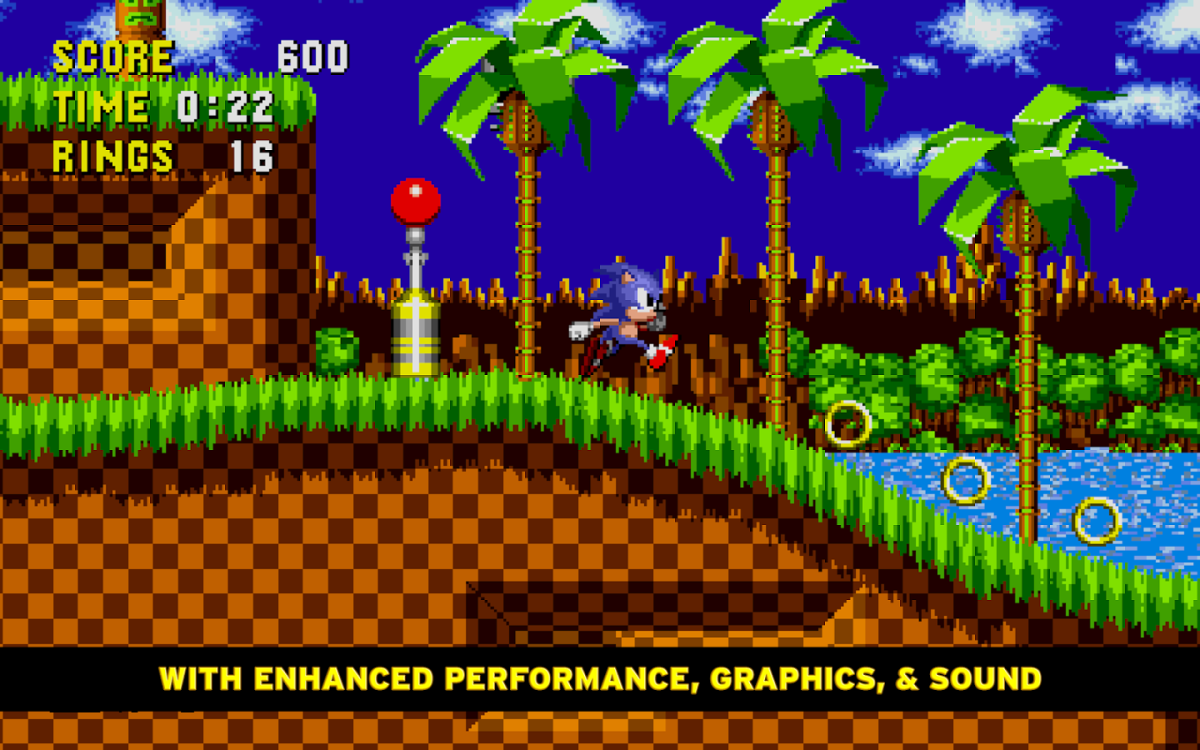 For gamers, one of the most exciting trends on the App Store is the increasing availability of classic console and PC games on mobile devices. Our phones are now significantly more powerful than many of our older game consoles, which means that developers are able to port full titles to the iPhone and iPad with relative ease.

Not all of them have made the transition successfully, but the following five apps made the cut.

READ MORE: The 5 best iPhone and iPad games of November

These are the five classic games that should be on your iOS device:

DRAGON QUEST III: The Seeds of Salvation—one of the most highly acclaimed and best-selling games in the franchise is finally here for mobile! Now all three installments of the Erdrick Trilogy can be played in the palm of your hand!

Every wondrous weapon, spectacular spell and awesome adversary in this rich fantasy world is yours to discover in a single standalone package. Download it once, and there’s nothing else to buy, and nothing else to download!
DRAGON QUEST III: The Seeds of Salvation has an independent storyline and can be enjoyed without playing DRAGON QUEST I or DRAGON QUEST II.

The super masterpiece of the action game “MEGA MAN X” now powered up!
With variety of weapons and reinforcing parts, break Sigma’s dark ambition down!!

3.【3 Levels of Difficulty!】
In “STORY MODE”, there are 3 choices (“EASY”, “NORMAL” and “HARD”) for the level of difficulty!
Choose “EASY”, so that some stepping stones will appear to prevent prayers falling!
If you are confident enough, try “HARD”!!

4.【Ranking Mode! (Function supporting Game Center)】
“RANKING MODE” to compete ranking with other users will be available!
Compete with score in “SCORE ATTACK”, and with time trial clearing stage in “TIME RACE”, for number of cleared stages in “ENDLESS”.
Brush up your skills, and aim the top ranking!!

5.【80 Challenges!! (Function supporting Game Center)】
20 challenges in the Opening Stage of “STORY MODE” (*1)!!
There are 60 in following stages, so there are 80 challenges altogether!
※(*1) does not supports Game Center.

6.【Support Items for Your Advantages to Play the Game on!!】
When you cannot find reinforcing parts while you are playing the game, or when you want to power up immediately, get the items from “CUSTOMIZE” screen!
“FULL ARMOUR”, “FULL WEAPON” etc. are available for you to carry on playing with advantages!
Try discounted “Perfect Set” to be strongest!
*Items are available as in-app purchase.
*To purchase the items 3G or Wi-Fi environment is necessary.

Final Fantasy Tactics: The War of the Lions

Final Fantasy Tactics: The War of the Lions has arrived for iPhone/iPod touch!

Now, in 2011 the game has finally arrived for the iPhone/iPod touch! You can enjoy the game whose story gave life to the world of Ivalice, and whose high strategy battles bring tactical games to a whole new level.

■Game features
– Intuitive Touch Screen Controls
The complex tactical game can be effortlessly and intuitively controlled by simply tapping units and menus. Gone is the old method of switching fixed map views – you can now rotate, move and change the size of maps as you please by sliding and pinching.

– Improved Loading Times
Loading times have been improved to get you into the action quicker than ever. What’s more, you can even skip certain cut scenes.

The Sonic game which started it all is now optimized for mobile devices!

This re-mastered mobile version of the SEGA Genesis classic features the full “Sonic The Hedgehog” game, plus these EXCLUSIVE features:

NEW PLAYABLE CHARACTERS
Play as Sonic’s friends Tails & Knuckles for the first time.  Use their unique abilities to fly, climb, and glide around levels offering exciting new ways to explore.

OPTIMIZED FOR MOBILE
Sonic The Hedgehog now plays in widescreen at a smooth 60FPS offering unrivalled performance and the game’s legendary soundtrack has been fully re-mastered.

CHALLENGE YOUR FRIENDS
Challenge your friends in the new Time Attack Mode and check out how you rank with Leaderboards and Achievements.

From the decade of big hair, excess and pastel suits comes a story of one man’s rise to the top of the criminal pile. Vice City, a huge urban sprawl ranging from the beach to the swamps and the glitz to the ghetto, was one of the most varied, complete and alive digital cities ever created. Combining open-world gameplay with a character driven narrative, you arrive in a town brimming with delights and degradation and given the opportunity to take it over as you choose.