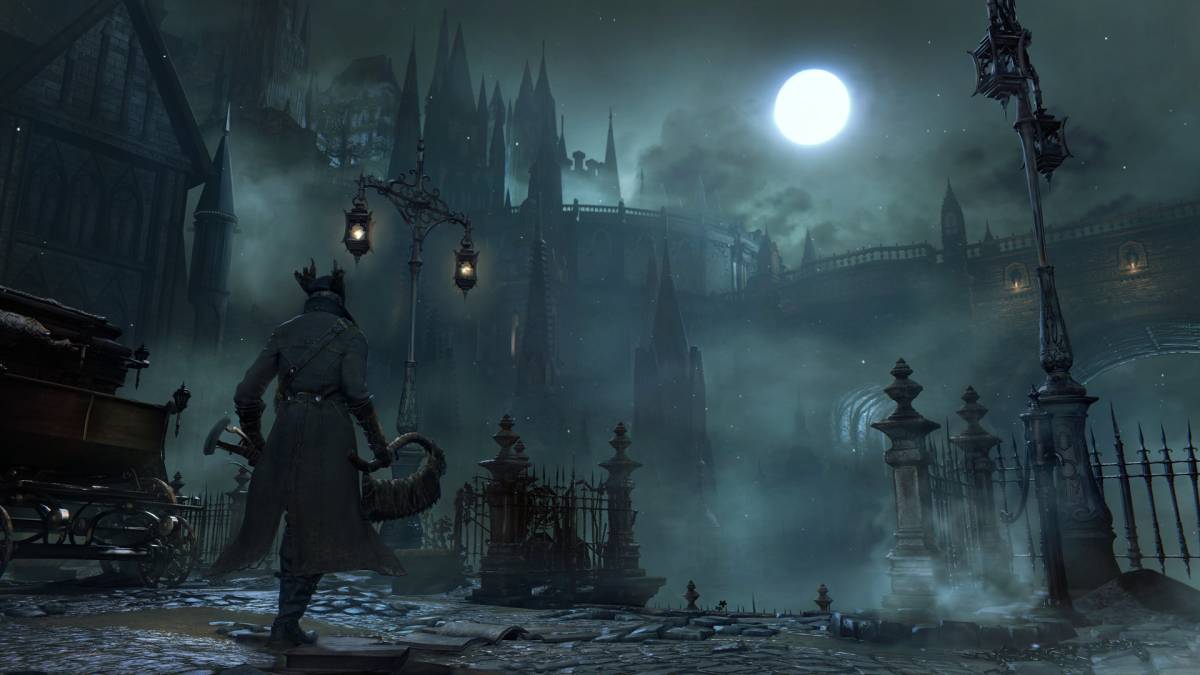 No matter how much you want it to be, Bloodborne is not a sequel to Demon’s Souls. Call it a spiritual successor if you want, but Hidetaka Miyazaki, Director of From Software, has been constantly telling the small group of press assembled to see Bloodborne in action for the first time that this is not another Souls game. Bloodborne is a different beast entirely.

Before we jumped into the gameplay demo, Miyazaki highlighted three of the games key features: exploration of the unknown, perilous combat and a unique online concept. The first two should be familiar to anyone who’s ever played Demon’s Souls or Dark Souls — around every corner is another threat that could cut your run short.

The entire game will take place within the cursed city of Yharnam, where the afflicted have begun to transform into horrible beasts. During the demo, the citizens of Yharnam were participating in a night of beast hunting. Unfortunately, the affliction had already taken hold of many of the hunters, giving our

What really stood out to me was the speed of Bloodborne. Unlike the Souls games that preceded it, Bloodborne is fast-paced, forcing the players to strafe and roll out of the way in order to survive the onslaught of monsters. Another huge departure for Bloodborne is the dynamic enemies. Rather than standing cemented to certain locations, enemies will move freely around the world in response to a bell that tolls in Yharnam on occasion.

You won’t be able to memorize enemy locations and repeat the same path ad infinitum — instead, you’ll have to adapt on the fly as enemies attempt to flank you from all sides. As Miyazaki said, this is not a sequel, it’s a new game entirely.

Miyazaki took us through one section of the city, filled with gothic, Victorian paraphernalia: carriages, gas lamps, stone streets and the like. As the protagonist roamed the streets of Yharnam, we were introduced to his two weapons: the transforming saw and the gun. The transforming saw is primarily used to hack away at beasts who invade your personal space, but as the name might suggest, it can flip out like a pocket knife for long-range attacks. The gun is also more useful at close range, stunning enemies before you charge in with your saw.

Damage was turned off for the sake of the demo, but Miyazaki made it clear that his demo assistant would have died multiple times from the damage he sustained as he was attacked by humanoids, dogs and the most disgusting crawling crows I’ve ever seen. Miyazaki said he thought they were cute.

As we approached a bridge, we got a glimpse of an NPC hunter up ahead, holding off a large crowd of beasts. As you travel through Yharnam, you’ll occasionally encounter characters who will assist you later if you’re willing to stick around and help them. You’re also free to ignore them and continue pressing forward.

We stopped halfway down the bridge to take a shortcut off the beaten path. It was open in the demo, but Miyazaki says that shortcuts like these will have to be unlocked by exploring Yharnam in the full game. Our hero had to trade his gun for a torch in the pitch-black building, sacrificing power for visibility. Of course, Bloodborne doesn’t limit you to guns and torches — the game will be full of RPG elements, from weapons and armor to acquirable skills and preset character builds.

After a questionably successful boss fight against an enormous beast that filled up the screen to cap off the demo, Miyazaki took a few minutes to answer questions. He revealed the Yharnum will be a wide open world more in line with Dark Souls than the individual stages of Demon’s Souls. He also told us that stamina will be a returning feature, which means you won’t be able to roll around indefinitely to avoid enemies.

In terms of difficulty… Bloodborne is going to be tough. You’ll have a safe zone to return to after you’ve had enough of the game’s perilous combat, but when one of the attendees asked if there would be an easier mode for new players or players who can’t master the combat, Miyazaki simply said no.

Bloodborne was one of the biggest surprises of the show, and even in its early alpha state, it still looks like what could be the next big action RPG on the PlayStation 4. No release date yet, but expect more information soon.