Preview: ‘MLB 14: The Show’ gets you to the action faster 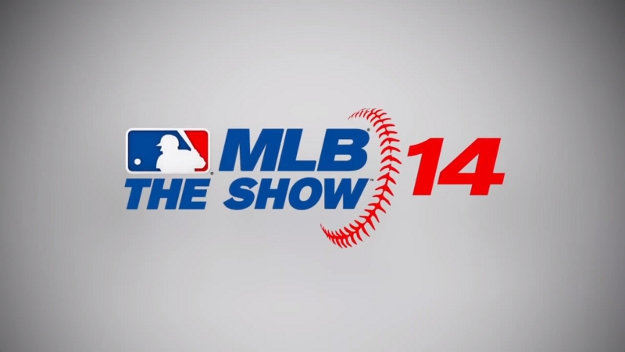 It wasn’t until last year that I finally took a chance on baseball. It was the outcome of a single, crazy, stressful game early in the season that pulled me in, and over 100 games later, I was hooked. However, I could do without the endless pitch counts, which is why MLB 14: The Show might be the first baseball game I pick up since middle school.

MLB: The Show is one of the few remaining sports franchises that falls outside of the EA Sports empire, and it shows. Although the minor improvements you’d expect from an annual franchise have made their way into MLB 14, it was the major overhauls and unique features that really impressed me. FIFA and NBA 2K have battled back and forth for the title of the best-looking sports game in the genre, but neither hold a candle to the character models and the dynamic lighting in MLB 14 on the PlayStation 4.

Game designer Ramone Russell started by walking me through some of the new features of MLB 14. The biggest sigh of relief for me was the addition of Quick Counts, which starts batters deep into a count as soon as they step to the plate based on their actual averages over the course of their careers. Russell said the most common complaint from players over the years was the dedication required to finish a single game. Whereas a game of NCAA, Madden or FIFA typically takes 30 minutes, MLB games often last an hour or more. With Quick Counts turned on, it’s possible to split that in half.

The theme of speeding up the game carries over to another feature: Player Lock. Player Lock, which is available in most of the game modes, lets you stick to one players the entire game, skipping through the rest of the batting order and giving you the ability to fly through a game quicker than ever. Even the short transition scenes between hits and runs are skippable in MLB 14. If you’d rather not watch your players react to any given situation, just press X and you’re back in the game.

Alright, back to the visuals. Even on the PlayStation 3, MLB 14 looks vastly improved from the last year’s title. Crowds are more well-defined, players look more realistic, but once Ramone turned on the PS4 in order version to compare the two, I found it hard to look away. On the PS3, it was necessary to use flat textures for the grass on the field and even the beards on players’ faces. Not so on the PS4. Every single hair, every blade of grass is rendered on the new console, and it’s incredible to see up close. In fact, if you zoom in far enough, you might mistake MLB 14: The Show for the highest rated game on the PS4: Flower.

Everything looks crisper on the PlayStation 4, from the 3D modeled crowds to the dynamic shadows which react to obstacles in their paths. Going from MLB to Infamous: Second Son in quick succession, it was honestly hard to tell which one looked better.

With MLB 14, Sony’s San Diego Studio is making a concerted effort to convert the casual baseball fans into gamers, and I think it could work. Having never sat down with an MLB: The Show game for any length of time, I was hitting into double plays in minutes, which I’m told is worse than striking out… but I definitely hit the baseball. MLB 14: The Show looks like a legitimate evolution for the franchise, which is always exciting in a genre that tends to move incrementally over the years. You can pick it up for the PS3, PS4 and Vita later this year.