TRYPTpic is the greatest Instagram companion app on the planet 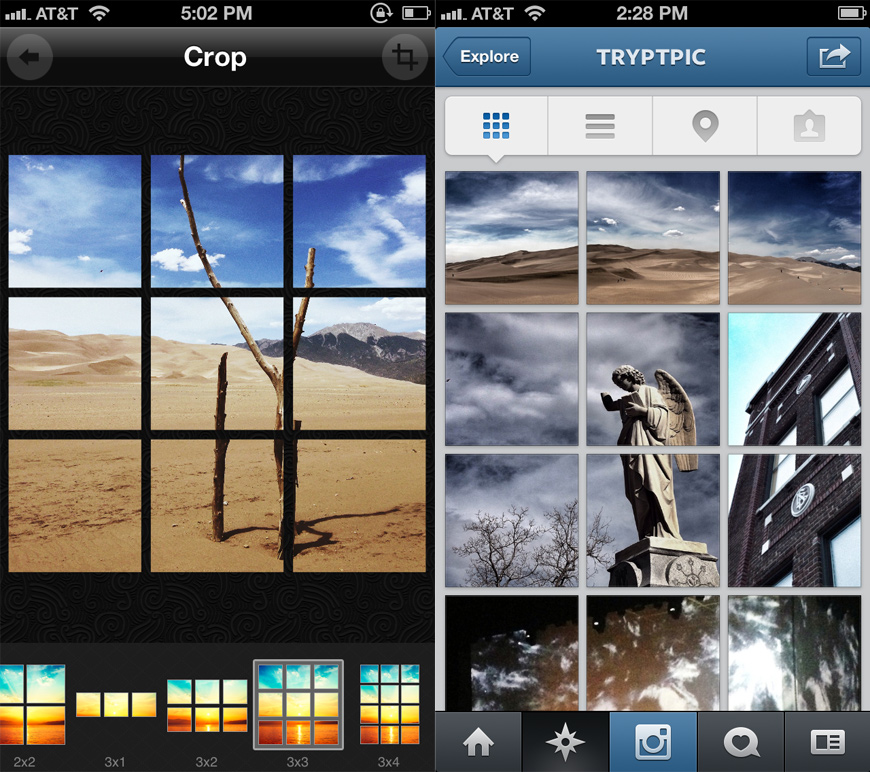 The recent addition of video to the popular Instagram photo-sharing app opened up a whole new world for users looking for new ways to share content. In addition to static images, users are now able to post 15-second videos complete with exclusive filter effects and sound. But now there’s a brand new way to share content on Instagram, that is even more unique thanks to an app called TRYPTpic.

Independent app developer Josh Granville on Wednesday released his first publicly available iPhone app, and it’s an outstanding piece of software. In a nutshell, TRYPTpic let’s you take any image from your camera roll or a photo album, break it apart into pieces, and then upload those pieces to Instagram.

The resulting images may look a bit odd on their own, but back out to a user’s Instagram profile page and the individual images combine to create one giant photo.

The process is quite simple: Just use TRYPTpic to select a photo from your iPhone and then choose how many panels the final image should occupy. The app will let you reposition your source image on the appropriate grid so that the cropping is perfect, and then it will break the image apart. The resulting images can be saved to the camera roll or emailed.

For images that are broken into grids at least three images wide, the user will also have the option to interface with Instagram from within the app. Uploads are then assisted, and a note is added to each upload indicating that the image is part of a “TRYPTpic” and that followers can view the full image by backing out to the user’s profile page.

TRYPTpic is available immediately in the iOS App Store for $0.99, and an Android version is set to be released sometime next week.