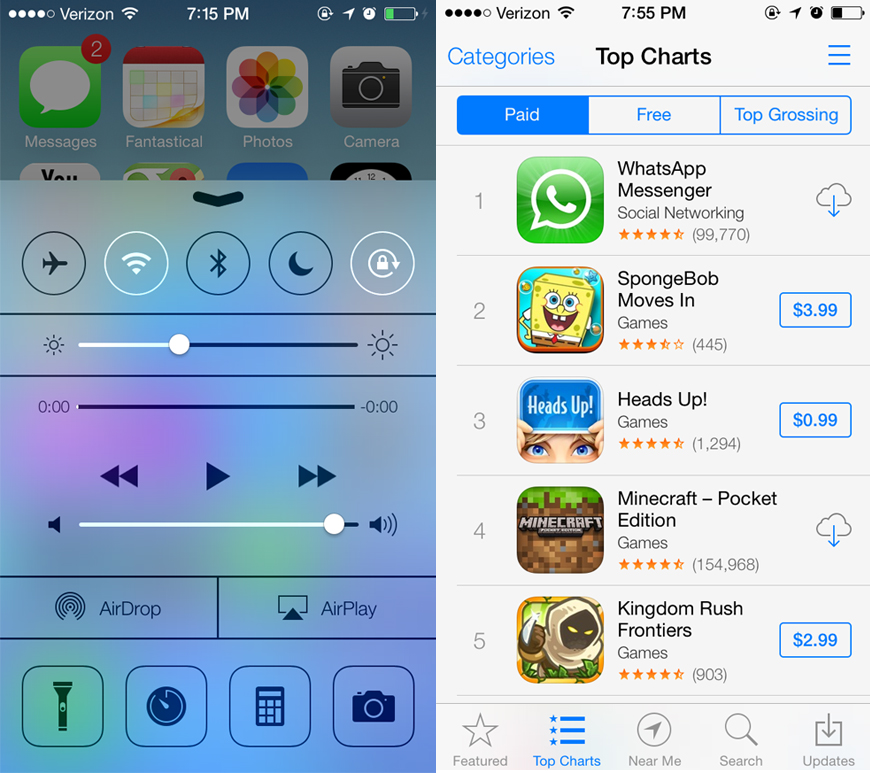 Apple announced an entirely new mobile operating system earlier today, and it’s the company’s vision for the future of mobile computing. Led by Jonathan Ive instead of Scott Forstall, iOS 7 is a complete reimagining of iOS, both in terms of design as well as function. The design begs to be explored, tapped, and swiped in order for you to understand how profound a rethinking this actually is, and why it makes sense.

I didn’t catch the iOS 7 part of the keynote yet, so I didn’t see the promotional video about the new design, or Apple executives talk about their vision specifically, so at first glance I thought it looked a bit too simple. A little childish. Maybe even too basic. It reminded me of a Nokia N900, and the only good part about the Nokia N9 was the hardware.

But after seeing it in action, after using it and exploring, the vision comes together faster than you would think. It’s innovative, it’s bold, and it’s certainly the biggest change Apple has ever introduced in the company’s mobile device lineup since the first iPhone in 2007.

Take a look at iOS 7 on an iPhone 5 in the photo gallery below, and we will have much more coverage of iOS 7 in the coming days.