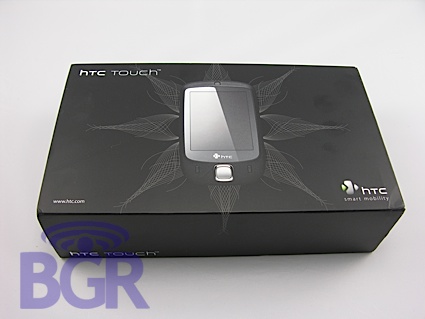 The HTC Touch is quite a sneaky one. It first showed up on our radar as the HTC Elf. Then it got a major announcement that it would be launched as the HTC Touch with a special TouchFLO interface. While the actual device is impressively small, the real question is, does the TouchFLO feature make the handset that much more usable? From our encounter with it, it does. While it might not be a phone we would choose to use everyday, due to lack of a physical number pad or keyboard, it’s definitely fresh! The intuitive TouchFLO menu is called up on the phone when you slide your finger from the bottom towards to top, and I believe this can be done from almost anywhere. In doing so, you get three different 3D screens. One of them is a multimedia screen, one is a productivity screen, and one a call screen. All in all it works pretty well, and performed well as a phone. The only drawback we can see is the lack of 850 MHz support. We’re giving the HTC Touch, 3.5 BGs. Check out the full gallery after the jump!

Click on over to our full HTC Touch unboxing gallery!