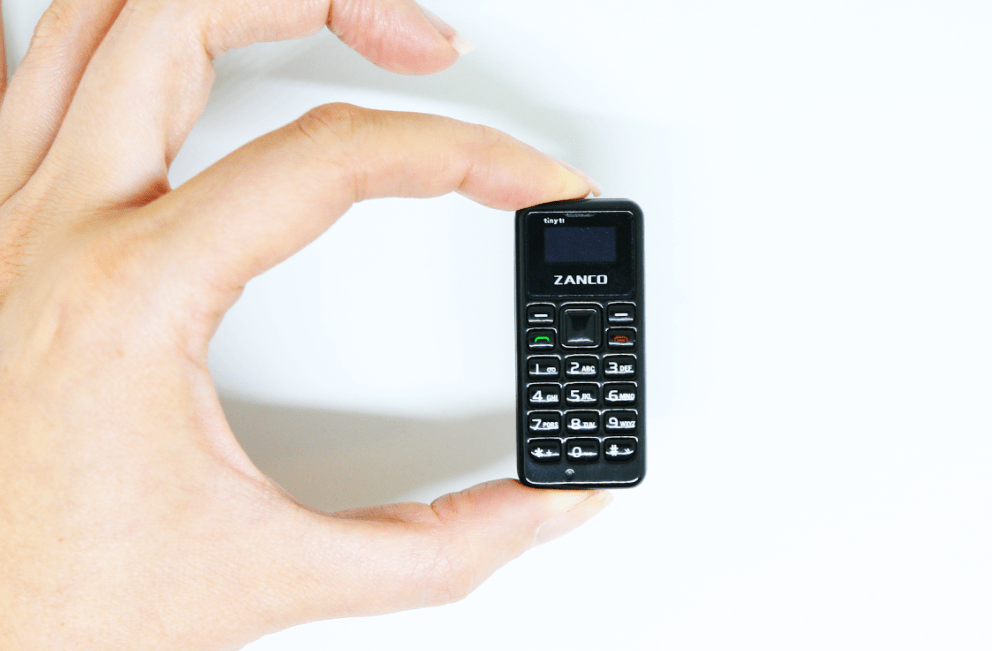 Big phones are all the rage these days. You won’t find a flagship device from any major manufacturer without an edge-to-edge display, ultra sharp screen, and beefy battery. The Zanco Tiny T1 doesn’t have any of those things, but it does hold the title of world’s smallest cell phone, and it already has plenty of fans.

The Tiny T1 looks like a toy but it’s actually a fully functional mobile device capable of voice calls as well as texts. It boasts a full numerical keyboard and an impossibly tiny OLED display with a resolution of just 64 by 32. Yeah, this thing is crazy small.

As you’d probably guess, the Tiny T1 isn’t exactly the most powerful mobile phone on the planet. Its diminutive size limits its capabilities, allowing it to operate only on 2G networks and, with such a small display, you won’t be doing anything other calling and texting. That said, it’s still a pretty remarkable achievement.

It accepts nano sim cards, charges via microUSB, and has a 300-contact phonebook. It stores the 50 most recent calls as well as 50 of your most recent SMS messages. Zanco’s specs list also says it has “32RAM + 32ROM” which… I really can’t make heads or tails of. There’s no way this phone has 32GB of RAM (obviously) and I find it hard to believe it even has 32GB of storage, especially considering this isn’t a smartphone. Maybe it’s 32MB? Hard to say, and the company’s website doesn’t clear it up.

On the plus side, the Tiny T1 is extremely cheap, which might make it a good emergency phone for anyone who doesn’t like carrying a smartphone but still wants a bit of peace of mind. It has three days of standby time when powered up, and can tackle 180 minutes of talk time before needing a recharge. Zanco’s Kickstarter will let you pick up one of the pint-sized phones for less than $50.

Do you need one? Probably not. Do you want one simply because it’s incredibly weird, really cheap, and might make your friends laugh when you pull it out of your coin pocket? Almost certainly.