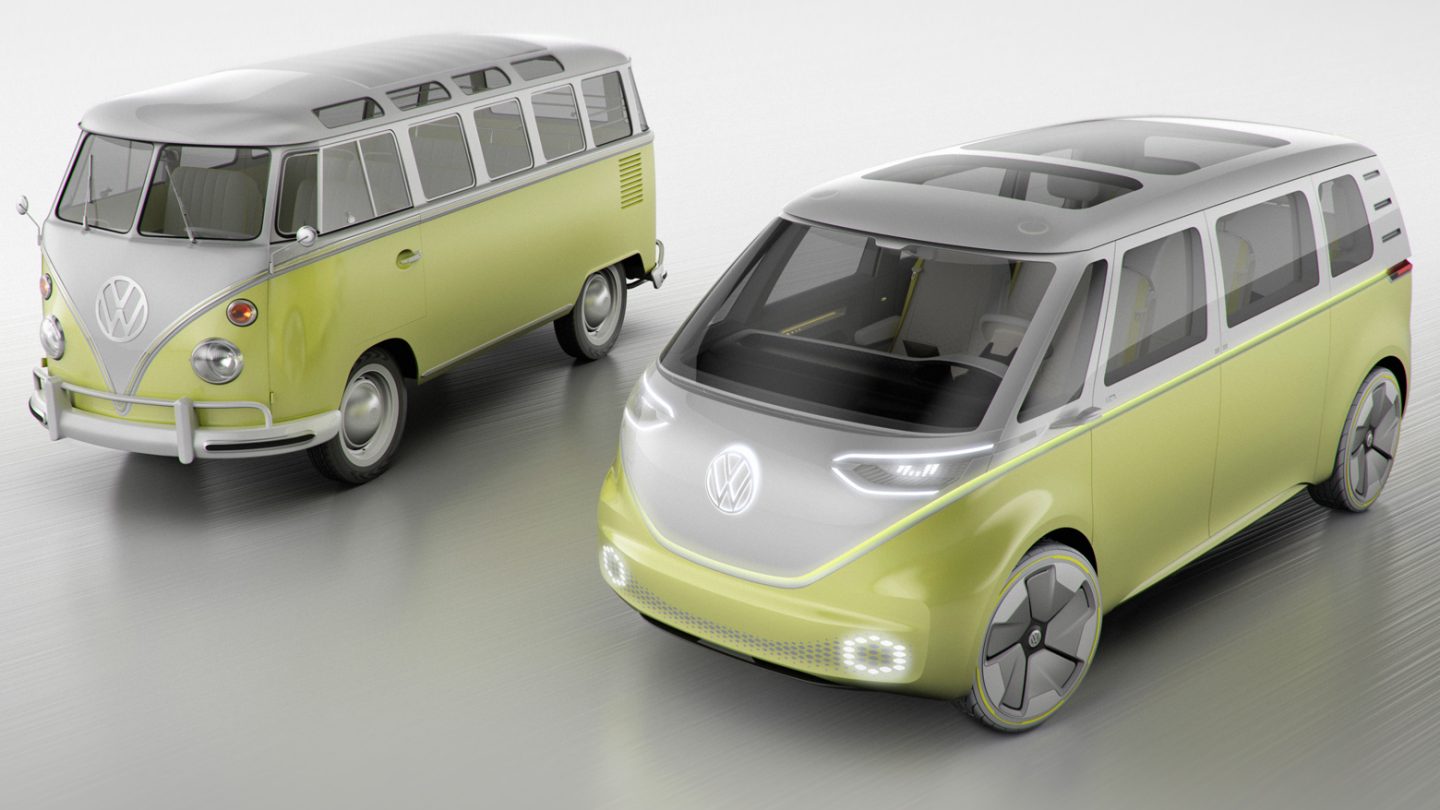 Volkswagen has been teasing and its various electric car concepts for some time, and we knew that the company was preparing to use the Detroit Auto Show as an opportunity to revive the Microbus, but nothing could prepare us for just how fantastic the new concept would be. It’s called the I.D. Buzz, and if it’s truly a sign of what driving in the future will be like, we’re all in for a treat. The all-electric Microbus-alike takes obvious design cues from the original Volkswagen loaf-of-bread-with-wheels, but when it comes to its capabilities there really isn’t any sense in comparing the two. The I.D. Buzz can travel up to 270 miles on a single charge, features an augmented reality dashboard that overlays information for the driver looking through the windshield. But if you don’t feel like driving at all, that’s okay, because the I.D. Buzz features a fully autonomous driving mode that will get you where you’re going without so much as a turn of the wheel. The vehicle is powered by a pair of electric motors that provide all-wheel traction and a stunning 369 horsepower. The version being shown off in Detroit this week can hit 60 mph from a dead stop in about 5 seconds, and tops out at 99 mph, though that’s due to a governor. Of course, as awesome as the I.D. Buzz might be, it’s still just a concept. Volkswagen hasn’t announced any official timeline for production of its autonomous all-electric vehicles, and it’s safe to say that the cars that eventually make it to VW dealer lots won’t have the same over-the-top design cues as the concepts. In the official press release for the Buzz, VW Chairman Dr. Herbert Diess said the company wants to launch its electric products starting in 2020, and plans to be selling at least one million of the cars annually by 2025.