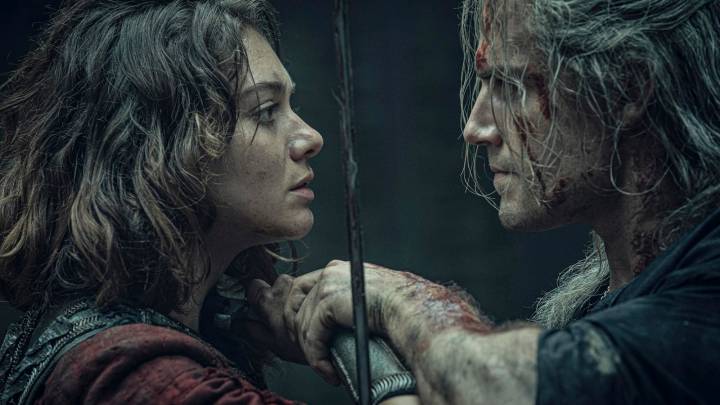 Netflix’s Game of Thrones alternative looks like a winner.

The Witcher season 1 gives us a taste of the Continent and the kind of action we can expect from this fantasy world, and introduces the man characters of the series, including Geralt, Yennefer and Ciri. But the first season is constructed in such a manner that it won’t always be clear what happens or when those things are happening. Thankfully, we’re about to show you an amazing trick that will perfectly explain it all — mind you, major spoilers follow below, so be sure to watch the first season in full before checking out the guide below.

The most confusing thing about The Witcher is, in hindsight, also the most amazing thing about it. We’re shown several stories, but the timeline isn’t linear, and it takes a while for the viewer to realize that fact. More confusing is the fact that two of the three main characters share an interesting trait: They don’t really age.

Yennefer, a powerful witch, doesn’t age at all. Following the initiation sacrifice, she received a massive makeover as well as the greatest gift of all: Eternal youth. All mages, actually, do not age past a certain point. At least, it’s not that same as for humans. Geralt, meanwhile, is a mutant, so he’s also aging at a much slower pace than everyone else. We do witness Ciri at different ages throughout the series, so that means she’s a regular human on the Continent. But then again, she’s got some powers of her own.

Also confusing is the fact that the bard, the author of that annoying song you probably haven’t stopped humming, doesn’t seem to age either. What is up with that?

How many times have you watched the 1st season of #TheWitcher ? It's been at least 5 for us! With that many re-watches, we deconstructed the timeline. Did you catch all the major events as they happened over the three narratives? https://t.co/YRlcSU3GtE pic.twitter.com/h69CypJO2F

This brings us to the timeline in the tweet above. Surprisingly, the events in the first season span more than 70 years, which is a detail that might surprise you. We need the old stories to understand the main timeline, which spans some three weeks around the fall of Cintra, which is introduced in the first episode.

As confusing as the timeline may be, I found myself loving the way the showrunners chose to tell the story. Ignoring chronology might be the way forward, too, and it’s definitely a factor that could help The Witcher differentiate itself from Game of Thrones.

The timeline above will definitely come in handy if you feel like rewatching certain events from The Witcher now that you’re done with the first season, as it includes clear references to pivotal events in the history of the Continent, but also the personal histories of Yennefer, Geralt, and Ciri.