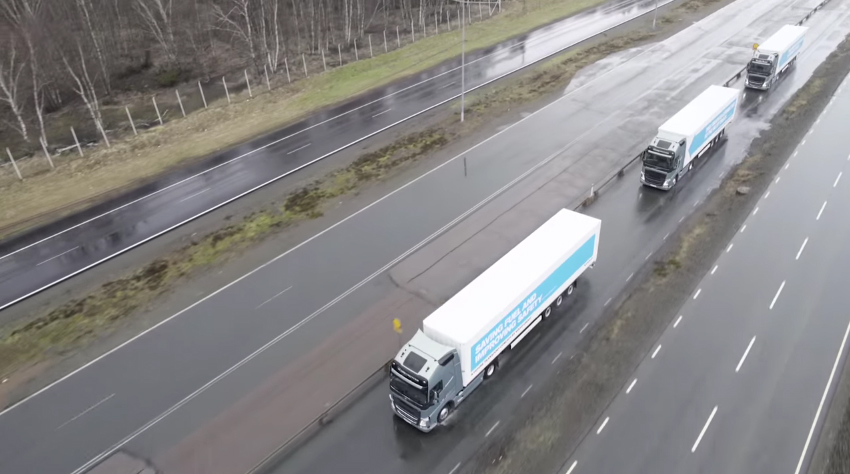 We can’t purchase our very own self-driving cars just yet. Regulatory hurdles are still in the way and car makers aren’t done testing autonomous vehicles to ensure that they’re safe enough to mingle with regular traffic. However, truck manufacturers seem to be farther along, at least in Europe, where fleets of trucks drove themselves across the continent.

Initiated by the Dutch government as one of the big events in its 2016 presidency of the European Union, the European Truck Platooning Challenge just ended. The trucks set off from bases in three European countries, completing their autonomous journeys on April 6th in Dutch city Rotterdam, Quartz reports.

Made by Volvo, Daimler and Volkswagen’s Scania, about a dozen trucks completed a week of “largely autonomous” driving, with the Scania trucks having traveled more than 1,240 miles (2,000 km) across four European borders to get to the Netherlands.

The project’s aim is to highlight the benefits of platooning, or drafting. The trucks communicate with each other in real time and can position themselves closer to the truck in front of them to reduce wind resistance. That way, the formation cuts fuel use by 15%. Platooning can also improve road safety and reduce congestion.

According to a study by research firm TNO, two trucks driving 100,000 miles in tight formation could save almost $7,000 on fuel.

This is just the first phase of the project. Ultimately, the EU would want to expand the service so that companies can deliver products all over the region. There are various obstacles that need to be dealt with, such as the inability of trucks to communicate with vehicles from other brands, or the fact that European countries might have different standards that platooning trucks would have to respect.

An example of a platooning autonomous convoy can be seen in the following video.