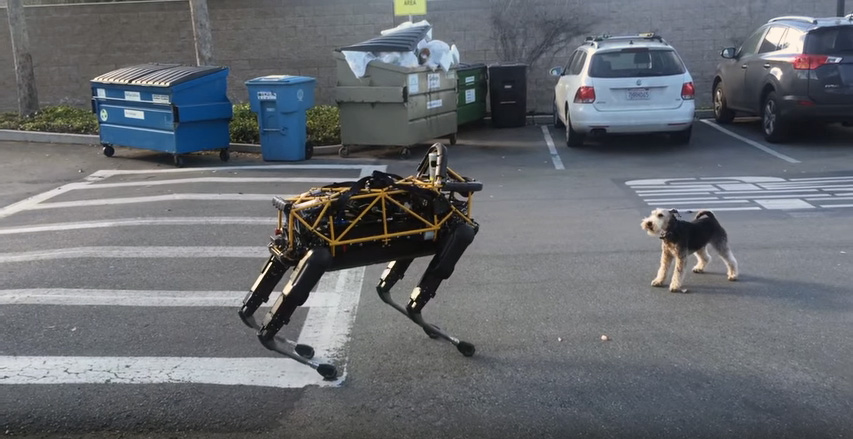 To be perfectly frank, we have very mixed emotions about the video you’re about to watch. Is this how it begins? The robots trick us into letting our guard down by acting all cute and playful. Then the next thing you know, bam! Skynet becomes sentient and we’re battling real-life Terminators.

OK, maybe we’re getting ahead of ourselves a bit. Instead of panicking, let’s all just sit back, relax, and watch this adorable video of Google’s robot dog “Spot” playing with a real dog. Isn’t it cute? Aren’t they having so much fun together? Yup, this is exactly what the robots want…

All joking aside, this video is as incredible as it is adorable. Google’s “Spot” is a robotic dog that we’ve seen appear in a number of videos before. This, however, is by far the greatest video we’ve ever seen of Spot. In fact, it might just be the greatest video of all time.

In the video, we can see Spot prancing around, doing what Spot does. But all the while, a real dog — a terrier who belongs to Android cofounder Andy Rubin — runs around barking and playing with Spot. The flesh and blood pup is a bit tentative at times, but ultimately we think the two could end up being best friends.

Also, aside from the cuteness factor, watching a dog play with a robot is far more enjoyable than watching a bunch of humans abuse a robot.

And here’s another new video of Spot walking around, checking out the parking lot: