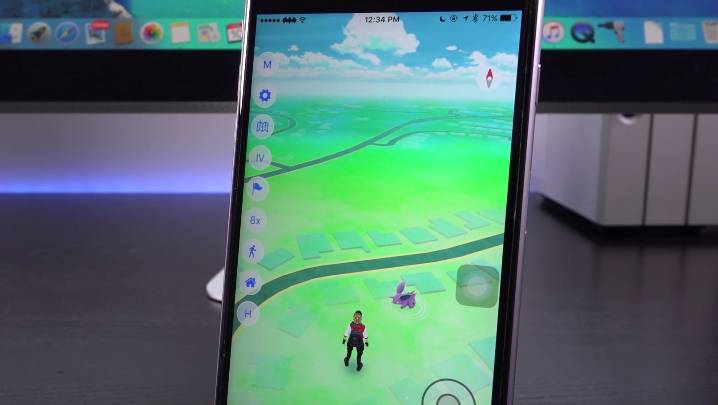 We already know that Niantic has been banning Pokemon Go cheaters, and it even instituted a permanent ban policy a few weeks ago. But that doesn’t mean that Pokemon Go cheating has been fixed. The company is now taking one extra step to try to block fraud, and it’s a new captcha feature intended to authenticate players to ensure that they’re “not robots.”

Spotted in the game’s recent update, the feature should prevent people from using bots and third-party trackers to circumvent the rules while catching them all.

Niantic has not started using the new captcha feature yet, but developers digging around in the app’s code have found references to it, including the image above. Once it’s enabled, it’ll make it difficult for players to use third-party services.

A Pokemon Go bot creator told Business Insider that it’s only a matter of time before hacks stop working.

“This will be really tough to crack,” Insta-PokeGo creator Steven Bartell said. The service was used to catch 3.3 million Pokemon in less than a week but will be shut down to prevent account bans.

Enjoy it while it's up, can't guarantee it'll come back once the new security measure are activated.

An example of a service that tells people where Pokemon spawn on the map is FastPokeMap. But the service might be going down as soon as Niantic implements the new security measure. There is still hope for cheaters, however.

“No one is sure whether mapping trackers will be affected because it really depends on how Niantic deploys the captcha,” he said. “If they only use it when players spin a Pokéstop or try to catch a Pokémon, maps could be fine. If they are smarter about it and deploy the captcha when they see any sort of suspicious behavior, the maps could be in trouble too.”

There are also other types of cheats that will continue working, of course. For example, the ultimate Pokemon Go hack that lets you walk anywhere in the game without actually having to leave your house won’t be impacted.