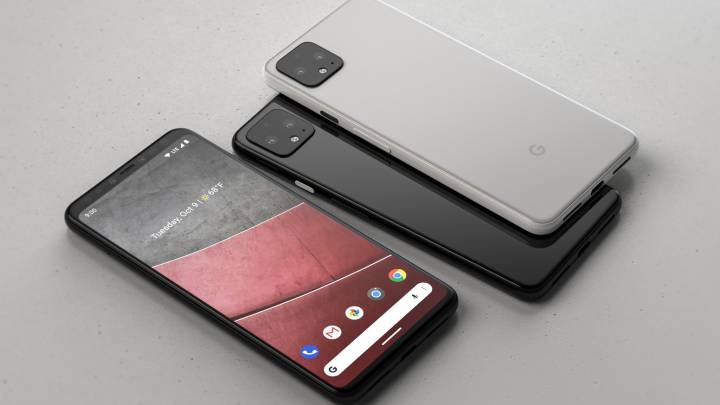 Google will probably unveil the Pixel 4 phones in early October, and ship them to buyers later that month. That’s what Google did with the previous Pixels, and we’d expect the company to adhere to the same launch schedule. But Google did change things this year, choosing to address the inevitable Pixel 4 rumors head on. In the past couple of months, Google made two massive revelations about the Pixel 4, which practically confirmed all the rumors. The company showed the world the new rear camera and rear panel design, as well as the Pixel 4’s other signature features on the front, including 3D face recognition support and radar-based gestures (Project Soli). Since these revelations were made, we saw photos showing the Pixel 4 in the wild a few times, but it’s the images that follow that give us the best look at Google’s upcoming smartphone.

Posted online by xda-developers, the two photos below were shared initially on Telegram, although it’s unclear where they come from.

The Pixel 4 unit in these images is connected to Sprint’s network, so the person who photographed it might be connected to the carrier. Sprint already sells Pixel 3 phones, so the addition of the newest Pixel to its lineup wouldn’t be surprising.

The photo was captured earlier this week, the date on the screen reveals, during the setup of the handset. The unlocked lock at the top of the screen indicates the phone was just unlocked using the user’s face, while the bottom of the screen shows that several gestures are available, just as expected from an Android 10-running Pixel 4.

The first image confirms the phone will have a sizeable top bezel, where the selfie cam, 3D face recognition sensors, and Project Soli radar are placed. There just doesn’t seem to be enough space for a notch, which is why we’re getting this classic smartphone design for the Pixel 4. Also, the Pixel 3 XL’s notch is probably the worst in notch-smartphone history. The bottom bezel is smaller than the top one, but it sure looks like it’ll be huge when compared with the Pixel 4’s main rivals. The screen is rumored to be a 90Hz panel, although there’s nothing in this image to confirm the spec.

The image also indicates the power button will get an accent, like previous Pixels, and we’re looking at a white/gray button, paired with black for the rear panel glass.

This brings us to the second photo that shows the phone’s rear glass panel. Google has finally ditched the two-tone back design it used for previous models. It was a unique design element, yes, but also very, very, ugly, especially on the Pixel 3, which was the first to feature an all-glass back. Wireless charging is likely in the cards for the Pixel 4 as well.

The dual-lens camera placed inside a huge rectangular module can also be spotted. In other words, the image does match Google’s teaser image from a few weeks ago. Camera specs for the Pixel 4 are yet to be revealed, but rumors told us to expect a telephoto lens joining the primary shooter.