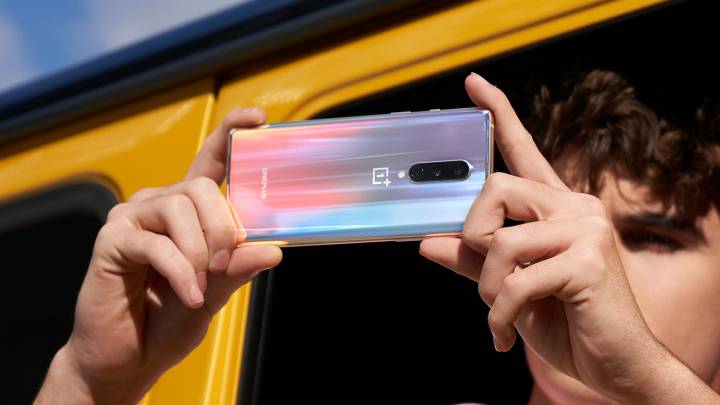 The OnePlus Nord will not be a flagship phone, which is usually what you’d expect from the famous Chinese smartphone maker that emerged a few years ago as an alternative to expensive Android phones. In recent years, OnePlus phones have become increasingly more costly, as they’ve reached feature parity with their rivals. But OnePlus is determined to release an affordable phone this year, which couldn’t have come at a better time. Millions of people are out of work as a result of the novel coronavirus pandemic, and smartphones aren’t exactly essential purchases. The Galaxy S20 is certainly proof of that. The OnePlus Nord will start at under $500, OnePlus already confirmed. And we already saw one retailer listing the price and specs of the phone several weeks before the phone’s confirmed launch. The same listing also included a render of the phone, although OnePlus Nord imagery was scarce. However, a new set of images leaked online, showing various details of the OnePlus Nord handset.

Separately, a few additional OnePlus Nord images made their way to SlashLeaks, showing the camera setups of the handset.

One of the renders shows the rear-facing camera module that’s comprised of four lenses, one of which is probably a Time-of-Flight (ToF) camera.

The second image shows us the selfie camera complete with a few camera specs. The hole-punch camera system will feature an 8-megapixel ultra-wide-angle lens (105-degree) and a 32-megapixel wide-angle Sony IMX616 sensor lens.

As with any leaks, there’s no way of confirming these images, but OnePlus phones have always leaked in full well before their official announcement. There’s no chance the Nord will be any different. Also, let’s not forget that OnePlus teased a flagship camera experience of the mid-range handset. Multi-lens camera systems are a part of that.

The OnePlus Nord will be a lot like other 2020 mid-range Android phones this year when it comes to specs. The phone is based on the Snapdragon 765 processor and will support 5G out of the box. It’ll also feature an all-screen design with a hole-punch camera. But the OnePlus Nord will be significantly cheaper than the LG Velvet, Galaxy A71 5G, and Pixel 5. The Google phone should be unveiled in October, but it’s rumored to cost $699.