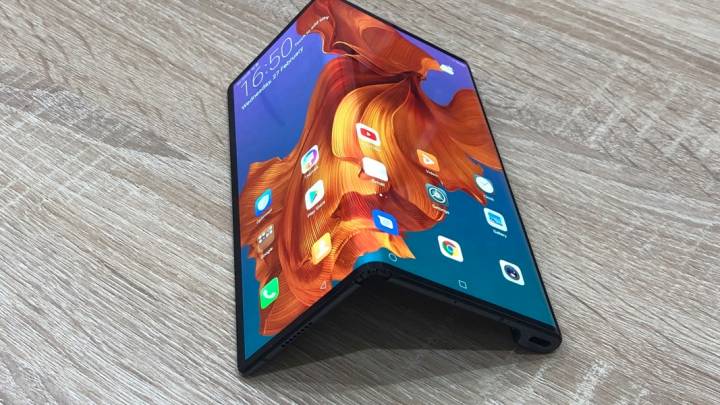 One of the most anticipated handsets of the year was just delayed for the second time in a matter of just a few months with virtually no explanation. That’s Huawei first foldable phone, the Mate X, that was unveiled all the way back in late February. The handset should have been available to buyers ready to pay €2,300 ($2,548) for it for quite a while now. Huawei delayed the launch twice, first to September, and then to November. The phone should launch by the end of the year, according to recent reports. And Huawei is ready to make up for the late launch by offering customers much better hardware.

Originally, the Mate X was supposed to pack the same camera and processor power as the Mate 20 Pro. That’s a Kirin 980 and camera featuring three lenses as well as an additional Time-of-Flight (ToF) sensor. That’s about to change, according to Neowin, as Huawei upgraded the internals of the foldable handset.

The unannounced Kirin 990 processor, which is supposed to be a chip based on 7nm EUV tech, is supposed to replace the 980 series. The same chip will power the upcoming Mate 30 Pro, according to reports. More interestingly, the Mate X will get the camera sensors of the P30 Pro instead of the ones found on the Mate 20.

These upgrades should put the Mate X on par with the upcoming Mate 30 Pro when it comes to power and camera performance. They also provide Huawei with a decent explanation for the phone’s second delay. The company may have wanted to upgrade the handset with late 2019 specs, given that we’re already in the second half of the year, and turn the product into a more compelling handset for buyers. After all, if you’re paying well over $2,500 for a phone, you expect it to offer the same high-end experience as a phone that would cost less than $1,000.

That said, it’s still unclear when the phone will launch, but it sure looks like the Mate 30 series will be available in stores before the foldable.