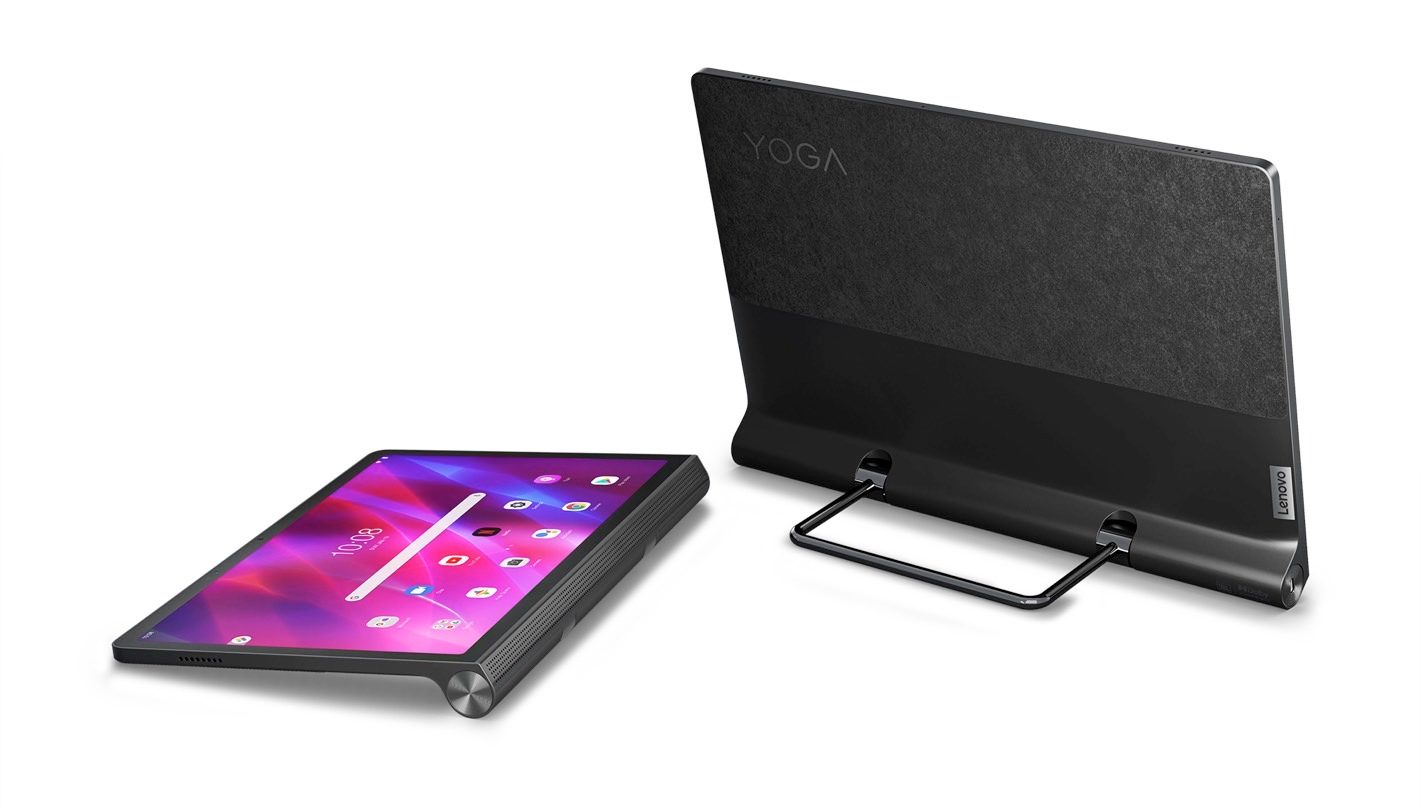 Lenovo announced a variety of new products ahead of this year’s main Mobile World Congress event that takes place in an altered format in Barcelona, including new Windows 10 laptops, several exciting Go accessories, and a brand-new generation of Android tablets. The company has been releasing new Android tablets every year, and the latest generation features several devices that will meet different needs, including the Yoga Tab 13, Yoga Tab 11, Tab P11 Plus, Tab M8, and Tab M7. At the top of the pile is the former, the 13-inch Yoga Tab 13, which packs a great feature unseen on iPads or other Android tablets. The large Android tablet can be used as a portable display that can be connected with ease to a laptop or desktop.

The Yoga Tab 13’s unique trick is possible thanks to a few distinct features that are available on the Yoga devices. First of all, the tablet has a built-in stand that offers various operation modes. The stand can also act as a hanger, so you can effectively hang the tablet in a designated spot on the wall. Aside from the convenient kickstand/hanger, the tablet features a micro HDMI port that can be used to turn the tablet into a handy portable monitor.

The screen has an anti-fingerprinting coating and supports full HD resolution, 400 nits of brightness, and 100% sRGB color gamut, and the battery lasts for about 12 hours. In Android mode, the tablet also supports stylus input.

The Yoga Tab 13 is supposed to offer a high-end Android experience thanks to the Snapdragon 870 processor and 8GB of LPDDR5 RAM that’s powering it. Other specs include an 8-megapixel front camera, Wi-Fi 6 support, quad JBL speakers, and Dolby Atmos sound. The tablet also runs Google’s recently unveiled Entertainment Space, bringing together several entertainment options under one roof.

The Yoga Tab 13 will cost $679.99 when it starts selling in stores this July. None of the other new Lenovo tablets will offer the same second-screen functionality, however. And all of them are a lot more affordable.

The P11 Plus packs the same 11-inch screen and G90T processor as the Yoga Tab 11. It also features 6GB of RAM, quad-speaker stereo sound with Dolby Atmos, and up to 12 hours of battery life. The Lenovo Keyboard Pack accessory is optional.