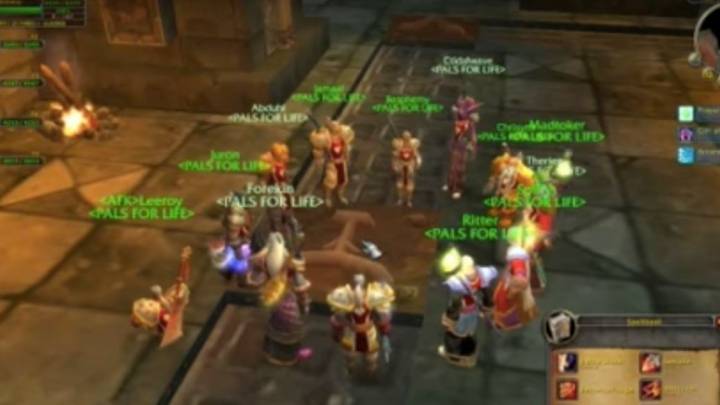 You don’t have to know what World of Warcraft is to appreciate the Leeroy Jenkins viral video from more than 10 years ago. But if you’re an WoW player you surely know the clip that shows a botched attack that went viral on YouTube back in 2005.

It turns out, however, that the Leeroy Jenkins clip that made so many people laugh was faked. The original creator finally revealed the first take of what turned out to be the Leeroy Jenkins video, and he did it all for a good cause: Fighting the FCC on net neutrality.

“I’ve been holding onto this for over a decade waiting for the ‘right’ moment to make it public,” the creator said, on YouTube, “and then last week Ajit Pai created his awful/condescending video and it riled me up so much that I decided it was finally time to unleash this gem of Internet history on the world to do my part to help out.”

“I will be making a sizable donation to the EFF and other related entities if for some reason this video generates any significant ad revenue,” he added.

If you don’t recall the Pai video, it’s the incredibly misleading clip the FCC Chairman released a few days ago. That’s the same clip that Mark Hamill attacked on Twitter last week, crushing Ted Cruz in the ensuing fight.

Here’s the original Leeroy Jenkins, which is still incredibly hilarious to this day:

And here’s the dry run that isn’t exactly a meme-generator:

At least I have chicken.