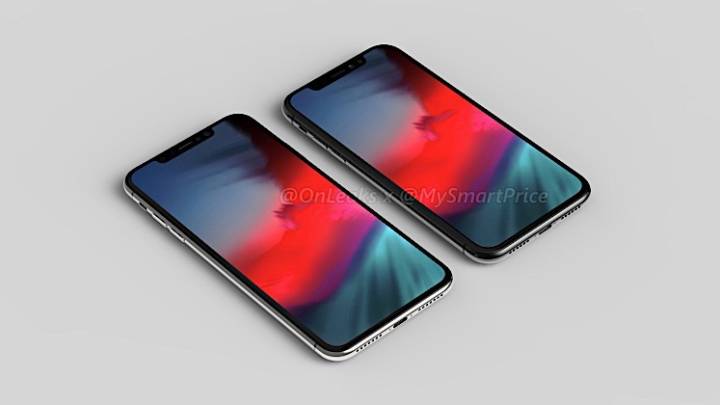 Apple is supposedly making some 80 million next-generation iPhones this year, a new report claims. The number only refers to the new models expected to launch this September, including the 6.1-inch LCD iPhone, and the new 5.8-inch and 6.5-inch OLED iPhone X successors. That’s 20 million fewer than the 100 million iPhones (iPhone X, iPhone 8, and iPhone 8 Plus) the company ordered for the latter half of 2017, and investors are now panicking.

The news isn’t necessarily surprising, considering the overall slowdown in smartphone sales. But it’s not necessarily accurate either.

The source is Nikkei, which previously warned about dropped iPhone X orders and weak sales. Apple countered those claims with its most recent quarterly earnings report that proved the iPhone X was still a strong product, even though sales didn’t necessarily hit internal goals. In fact, Nikkei issues reports like this almost every year and they never seem to be reflected when Apple reports iPhone sales each quarter.

“Apple is quite conservative in terms of placing new orders for upcoming iPhones this year,” an unnamed source familiar with the supply chain said. “For the three new models specifically, the total planned capacity could be up to 20% fewer than last year’s orders.”

The report says all three new iPhones will have the same design as the iPhone X, complete with TrueDepth cameras for Face ID. Apple has apparently pushed forward manufacturing of the two OLED models to prevent a repeat of last year’s delayed iPhone X launch.

“The scheduled time frame for components for the OLED models to go into iPhone assemblers like Foxconn and Pegatron for final assembly falls in July, while the schedule for components for the LCD model would be in August,” a source said. “Two OLED models are likely to be ready roughly one month earlier than the cost-effective LCD model, according to the current plan.”

The LCD model is also on track for a September launch in spite of reports that said Apple might delay its release.

“The production yield for the LCD model’s ‘touch’ function is not satisfactory at the moment, but it is improving,” a Nikkei source said. “The cost-effective model is viewed as the tool for Apple to boost its total shipment volume this year, and all the suppliers are doing everything they can to make sure the LCD one hits the shelves as soon as possible.”

Samsung is expected to be the sole provider of OLED panels for the new OLED iPhones, while Japan Display and LG Display will split orders for LCD screens. Foxconn, meanwhile, will assemble most of the OLED iPhones, with Pegatron being the primary assembler of LCD models. Wistron is also going to manufacture iPhones for Apple this year, but the company is getting much less volume than its rivals.