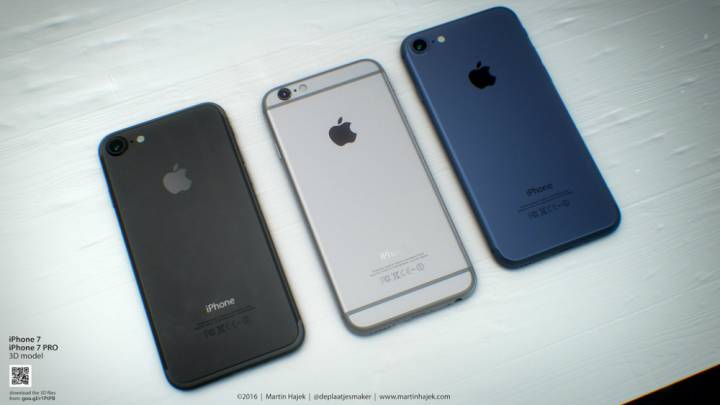 The iPhone 7 will reportedly not come with a wide array of bells and whistles, but it will at the very least address a longstanding concern that iPhone users have had to deal with — the lack of adequate storage.

In a world where Apple wants us to take 4K video, high-res photos, Live Photos, and download any number of GB-hungry apps, the entry-level 16GB model has long been unable to keep up with how we use our devices. Thankfully, rumors that Apple will abandon the 16GB storage tier with the iPhone 7 has seemingly been confirmed by a new report from The Wall Street Journal.

While we’ve seen similar reports make their way through the rumor mill over the last few weeks, the Journal’s own sources (which can often times be traced back to Cupertino) have now seemingly confirmed that the 16GB storage option on the iPhone will soon be a thing of the past.

“The new iPhones are expected to have more storage for those photos,” Joanna Stern notes. “Instead of 16GB as a starting point for the entry-level iPhone, the new starting point will be 32GB, according to a person familiar with Apple’s iPhone plans.”

While a starting point of 64GB would have been preferable — especially since the new iPhones may be low on new features — 32GB is a long overdue and welcome shift in Apple’s iPhone strategy.

That being the case, it will be interesting to see how Apple’s storage tiers with respect to the iPhone 7 play out. Will 64GB remain the mid-level option and 128GB the upper-level option? It’s certainly probable, though we have seen some sketchy reports indicating that at least one iPhone model will be available with a 256GB option.

Storage aside, the big talking point surrounding the iPhone 7 will be its rumored abandonment of the tried and true 3.5mm headphone jack. As we highlighted previously, the burden will be on Apple to explain the benefits of removing an input port as universal as the headphone jack. And with Apple needing to deliver a bump up in iPhone sales, the upcoming iPhone 7 may very well be Apple’s riskiest iPhone release to date.