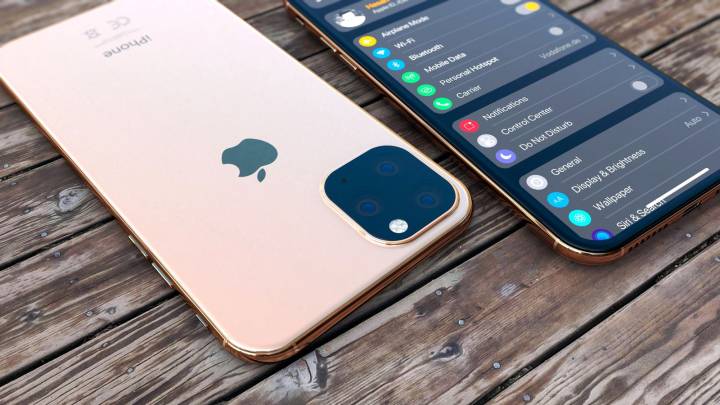 Apple will launch three new iPhones this September: The direct successors to the iPhone XS, XS Max, and iPhone XR. The iPhone 11 series, as we’ve been calling it, will look a lot like the 2018 smartphones when it comes to screen design. The major change concerns the rear panel, as the phones are all getting new camera systems featuring an extra lens compared to their predecessors.

None of these phones will have 5G connectivity, and they should cost the same as their predecessors. However, Apple is supposedly working on 5G iPhones, as well as a cheaper iPhone model, for 2020.

The revelation comes from a JP Morgan report that CNBC saw. The report also reveals specs for next year’s devices, which we’ll tentatively call the iPhone 12:

Our expectations include all three Sep-2020 iPhones (5.4″/6.1″/6.7″ screen sizes) will adopt OLED displays and 5G baseband modems (with support for mmWave frequencies), and at least two of the three models adopting world facing 3D Sensing (Time of Flight) driving industry-leading AR/VR capabilities which can be leveraged by custom built applications (including games).

The iPhone 11 and 11 Max will feature OLED screens and triple-lens cameras on the back, while the iPhone 11R will have an LCD screen and two rear lenses, according to recent reports.

JP Morgan analyst Samik Chatterjee also said that Apple is going for a “much more ‘value’ category than it has been used to with its recent launches.” That means a lower-cost iPhone next year that would be the same size as the iPhone 8. The device, however, won’t sport a 5G modem or OLED display.

A report a few days ago said Apple is making an iPhone with a Touch ID sensor built into the screen for China, without revealing when such a device would be launched. Chatterjee’s report made no mention of Touch ID for this affordable iPhone 8 replacement. Finally, the JP Morgan report notes that Apple’s 2020 iPhones would help the company sell 195 million units in 2020 — 15 million more than the current estimate for 2019.