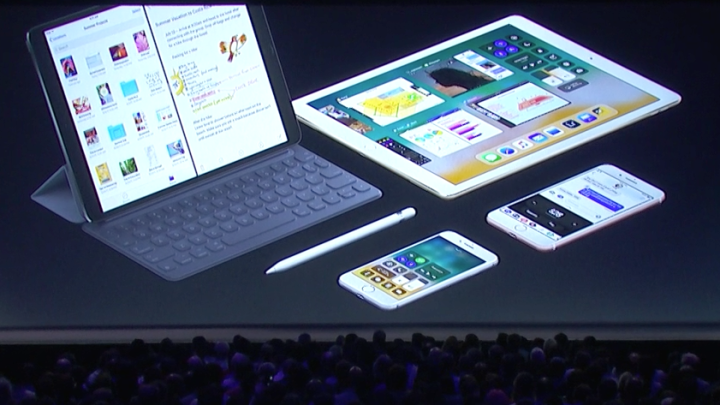 Today at Apple’s much-hyped developer’s show, WWDC 2017, the company showed off the new iOS 11 update for iPhone, but the company also dedicated a spot in its lineup exclusively for iOS 11 on iPad. The new update is packed with productivity features that completely change how you’ll use the tablet. And yes, drag-and-drop is here, and it’s glorious.

iOS 11 on iPhone has a lot of fancy new features for everyday life stuff, but iOS 11 on iPad is a whole different kind of beast. The update brings with it a new app called Files, which as you might have guessed is a file structure browser that looks a whole lot like a touchscreen version of Mac OS. This, combined with the new drag-and-drop functionality, brings the iPad closer to being a full-fledged computer than ever before.

The new dock on iOS 11 for iPad acts just like the one on Mac, allowing you to quick switch between apps, as well as drag app windows and snap them to the sides of the screen for multitasking.

Some additional features that Apple showed off with iOS 11 on iPad include additional markup drawing compatibility, and the Apple Pencil can now be used in documents from email and elsewhere. On top of that, handwriting is now searchable just like typed text, which makes handwritten notes a lot more appealing. iOS 11 on iPad also boasts a new document scanner feature that can adjust for perspective and correct photographs of documents before turning them into whatever format you desire.

It’s hard not to see all of this as a very important step towards merging iOS 11 and Mac OS into one do-it-all operating system for all Apple devices. The functionality and feature parity between the two has never been clearer, and it may just be a matter of time before they both become one.