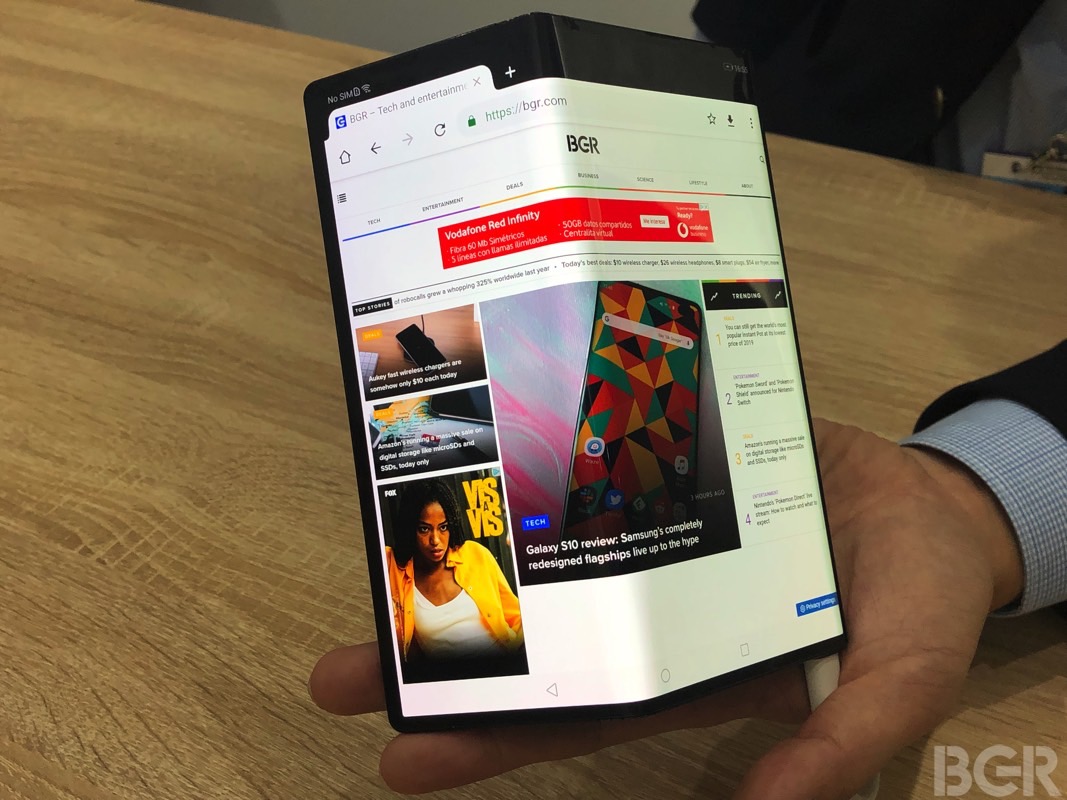 Earlier this week, AT&T canceled Galaxy Fold preorders in the US, joining Samsung and Best Buy which did the same thing a few weeks earlier. The move signaled that Samsung is nowhere near ready to relaunch the handset. The Galaxy Fold suffered from a few manufacturing issues that killed the display, and Samsung had to postpone the launch and deploy fixes that would prevent the screen issues. But there’s an unexpected side-effect that’s beneficial to Samsung, the best looking foldable phone of the year was delayed to September because of what happened to the Galaxy Fold so far.

Early reviewers who got to test the Galaxy Fold before the initial April 26th launch found themselves working with a dead screen. Debris entering the handset through the hinge may have been responsible for the issue. In other cases, reviewers willingly ignored warnings and removed the outer screen layer which looked a lot like a screen protector. Samsung has fixed these issues since they were first revealed, and reports say the vendor is already testing them, but Samsung is still not ready to announce a new release date for the Galaxy Fold.

A few days ago, we told you that the Huawei Mate X is about to launch in China, with Huawei already posting 5G speed test results on social media. But the Chinese smartphone maker has postponed the launch to September, CNBC reports.

Huawei has more significant headaches to deal with than the Mate X’s launch for the moment, but it’s not Trump’s ban that’s responsible for the Mate X’s delayed launch.

Huawei wants to perform extra tests on its foldable design, which stole the show at MWC 2019 in February before it’s ready to launch it.

A spokesperson told CNBC that Huawei is focusing on markets that are rolling out 5G networks, but these markets will have to wait. Extra testing with mobile carriers around the world are in the works, as well as tests with developers.

It appears that Huawei’ is more “cautious” because of what happened with the Galaxy Fold. “We don’t want to launch a product to destroy our reputation,” the person told CNBC.

Huawei is “confident” it can deliver the Mate X to consumers in spite of the ban, with the spokesperson adding that the handset will run Google’s version of Android because the phone launched before Huawei was placed on the US’s Entity List.

The spokesperson also said that Huawei very much wants to continue using Google’s Android on its devices, but it’s also ready to do its own thing. “We don’t want to go for our own systems; we still very much like the co-operation with Google in the past few years,” the person said. “If we are forced to do it by ourselves, we are ready. We can do in the next six-to-nine months.”

Delayed launches for the Galaxy Fold and Mate X, which retail for $1,980 and $2,600, respectively, will not benefit either Samsung or Huawei. The longer it takes for these devices to hit the market, the more robust the competition will get. Devices like the Galaxy Note 10, iPhone 11, and Pixel 4 will hit markets in August, September, and October, respectively — of these, the newest iPhone is easily the most significant threat.