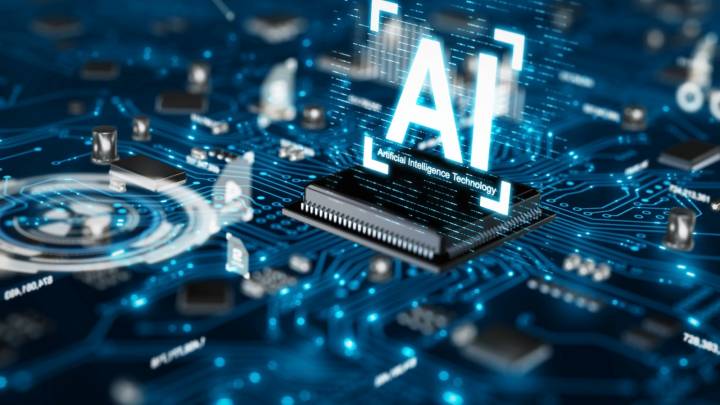 Having machines design and build other machines is a recipe for disaster. At least, that’s what all the sci-fi movies tell us. Computers will advance to a point where they’ll pose a danger to humanity. It wouldn’t happen all of a sudden, but over a period of years, to the point where AI becomes sentient and develops an animosity towards the species that created it.

We haven’t quite reached a scenario where intelligent machines can build more sophisticated versions of themselves, but Google is already using AI to design better AI chips. It’s an accomplishment that has been documented in a research paper which makes it clear that AI can improve upon its own design.

Google published a paper in Nature on Wednesday detailing the technology that it used to teach AI to design new AI chips that would be faster and more energy-efficient than their predecessors.

The software that Google developed allows a computer to create the design for a next-gen AI chip in just six hours. A team of human engineers would need months of design. Google used the technology to make its latest tensor processing unit chips, the company explained.

What the AI algorithms do for Google is to draw the chip’s floorplan. This involves plotting where the various components of a System-on-Chip would reside to maximize processing speed and reduce power consumption. Components including the CPU, GPU, and memory chips are placed on the silicon die and connected.

Google fed the algorithm 10,000 chip floorplans so it could understand and learn what works best in chip design to improve speed and efficiency. The AI managed to surprise the researchers by creating designs that humans might not think of. Human chip designers would lay out components in neat lines, but Google’s AI used a scattered approach to design a better SoC.

As CNBC points out, this isn’t the first time that Google’s AI has gone “rogue,” coming up with unexpected solutions. Google used different AI algorithms a few years ago so its computers could beat the best Go players in the world. That’s when human players were stunned by a winning AI move no other human rival would have thought of.

AI apocalypse scenarios aside, it’s important to note that these sophisticated algorithms do not work or appear on their own. The machines are taught to execute a particular task, and they get better over time. But AI can’t yet create better AI chips on its own, from scratch, without humans teaching it how to come up with speed and efficiency improvements. The same goes for beating humans at any competition.

According to Google engineers, the new chip design that Google pioneered might have “major implications” for the semiconductor sector.

Very nice work from Google on deep RL- based optimization for chip layout.
Simulated annealing and its heirs are finally dethroned after 40 years.
This uses graph NN and deConvNets, among other things.
I did not imagined back in the 90s that (de)ConvNets could be used for this. https://t.co/WY68QNnuMY

Facebook chief AI scientist Yann LeChun admired the breakthrough on Twitter. A separate editorial in Nature also lauded Google’s accomplishment, saying that it could be a “huge help in speeding up the supply chain.” The journal also noted that “the technical expertise must be shared widely to make sure the ‘ecosystem’ of companies becomes genuinely global,” warning that such technological achievements should not “drive away people with the necessary core skills.”