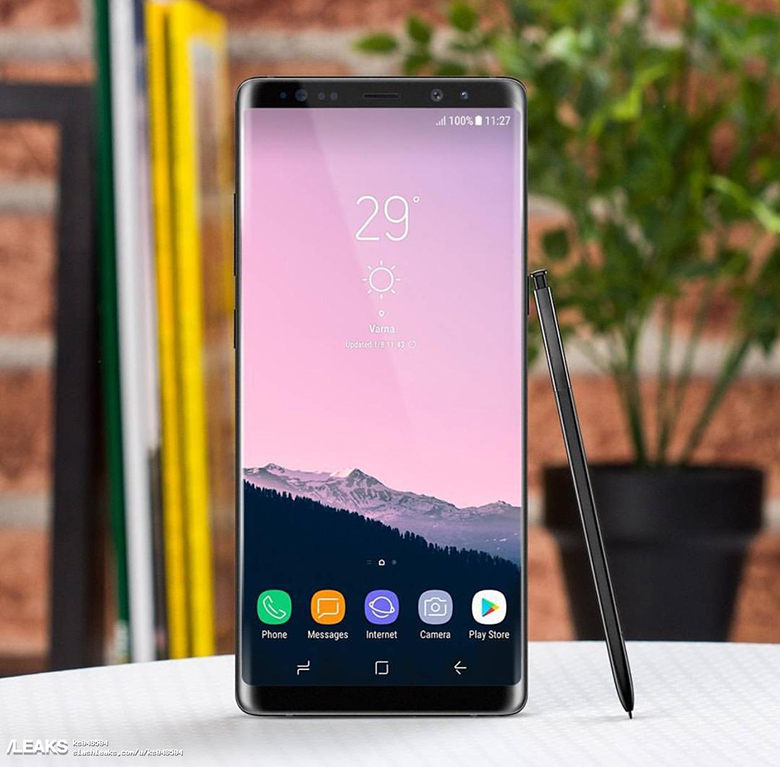 Apple’s optimistic financial expectations for the current quarter imply that new iPhones are coming in September, possibly including the iPhone 8. These devices will not only be unveiled next month, but they have to go on sale for Apple to hit its lofty guidance. But the iPhone 8 and iPhone 7s aren’t the only hot smartphones launching next month. A new report from Korea mentions the actual launch date for the Galaxy Note 8 for the first time.

The next Note smartphone will be officially announced on August 23rd in New York. Preorders may follow the media event, a recent report said, although we didn’t have a firm release date until now.

But it turns out that Samsung may be more afraid of LG than Apple. ETNews says that Samsung may have chosen the September 15th launch date for the Galaxy Note 8 because that’s when the LG V30 should be launched.

“We are going to sell Galaxy Note 8 starting from the 15th of September.” a representative for a mobile network provider told the site. “Its price has not been set yet.”

The preorder dates for the handset are still unknown, although carriers in the region reportedly want to give buyers 10 to 14 days to try out the handset in stores before buying it.