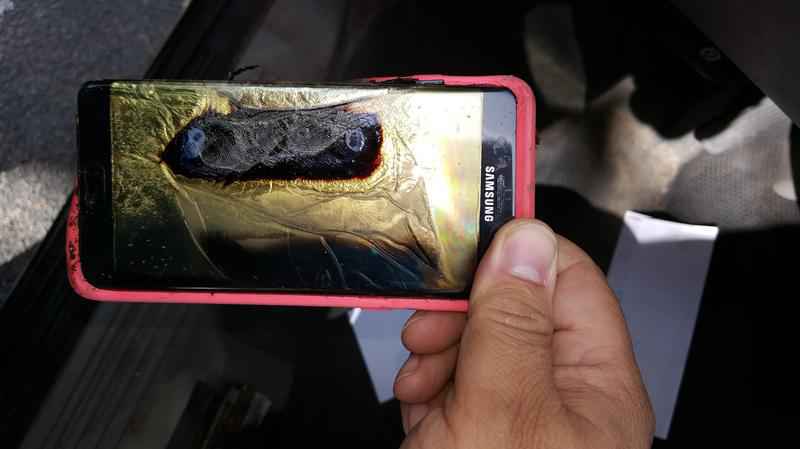 You’d think that smartphone users would care more about their safety than a phone, but some Galaxy Note 7 users out there don’t want to return their devices. A report earlier this week said that in Europe, 33% of buyers had not returned their devices. It’s not clear what that means in actual numbers, but even a single unreturned Galaxy Note 7 poses a high risk of explosion.

Thankfully, Samsung will slowly force users to return their devices, and the first measure is limiting maximum charge via a software update.

The company announced on Tuesday that it would limit battery charging to 60% of the battery capacity, to minimize explosion risk. If you bought your Galaxy Note 7 because of its promising battery life, you’d soon find yourself needing to charge it more often.

The measure might seem drastic, but it’s the right thing to do. And Samsung’s politely telling you that it wants to force you to return the handset if you haven’t done so.

“As part of Samsung’s absolute focus on customer safety, the new software update will roll out across Europe from Monday, October 31. The update is the latest measure taken by the company to reduce customer risk and simultaneously drive all remaining Galaxy Note 7 customers in Europe to replace their device immediately,” the press release says.

It’s unclear how the update will be performed, but hopefully, Samsung finds a way to force existing users to update their faulty Galaxy Note 7. After all, using the phones at this point is the ignorant thing to do.

London, Tuesday, 25th October, 2016 – Samsung Electronics Europe today announced that it will issue a new battery software update to all Galaxy Note7 devices across the region, which will limit the maximum battery charge to 60%.

As part of Samsung’s absolute focus on customer safety, the new software update will roll out across Europe from Monday, October 31. The update is the latest measure taken by the company to reduce customer risk and simultaneously drive all remaining Galaxy Note7 customers in Europe to replace their device immediately.

Other measures taken in Europe since the decision on October 11 to discontinue sales and production of the Galaxy Note7 have included:

1) Continuous communications with our Galaxy Note7 customers to keep them fully informed of the latest updates and information through Samsung.com and across all relevant social media channels

2) A series of direct communications, including push notifications, to Galaxy Note7 customers in Europe urging them to replace their device through the Galaxy Note7 Replacement Programme

4) Ongoing engagement with relevant regulatory bodies and institutions throughout Europe to ensure that all stakeholders are informed of our plans and latest messages. This includes regular dialogue with the European Aviation Safety Agency and local airlines to ensure the communication of accurate information relating to restrictions on Galaxy Note7 usage during flights

These continuous communications have contributed to driving the rate of replacement, with two-thirds of all Galaxy Note7 devices in Europe replaced to date. Customers are offered a choice of a full refund or an exchange for an alternative Samsung Galaxy smartphone, with the difference in price also refunded.

Conor Pierce, Vice President of IT & Mobile, Samsung Electronics UK & Ireland, commented: “Our absolute priority continues to be customer safety. This new battery software update is specifically designed to remind all Galaxy Note7 customers to replace their device at their earliest possible convenience through their local Galaxy Note7 Replacement Programme. We once again would like to apologise for not meeting the standard of product excellence that our customers have come to expect from Samsung and we sincerely thank them for their continued understanding and cooperation.”