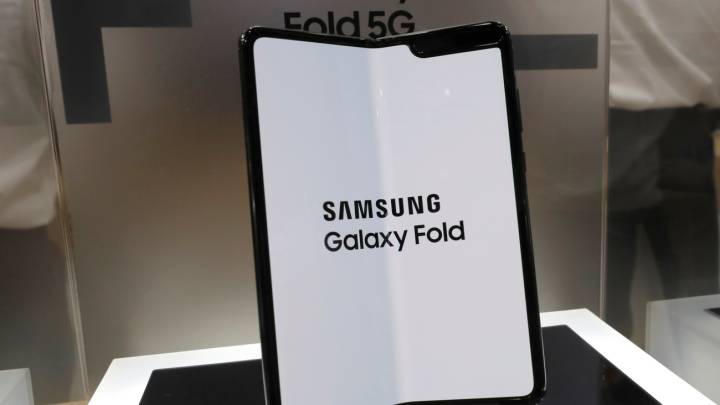 Samsung is about to launch the Galaxy S20 series and the Galaxy Z Flip clamshell foldable, but a rumor said a few days ago that the company will also unveil a “true” Galaxy Fold successor as soon as the second quarter of 2020. The Galaxy Fold 2 won’t just pack the best features of the Galaxy S20, including the Snapdragon 865 chip, 5G support, and that massive 108-megapixel camera, but it will supposedly feature the same ultra-thin glass cover atop of the foldable screen, just like the Galaxy Z Flip. This will let Samsung bundle the device with an S Pen stylus, effectively turning the Galaxy Fold 2 into a Galaxy Note replacement. And Samsung might just replace the Note line with the Fold in the not too distant future.

When the original Note launched back in 2011, it featured the biggest screen available on the market, at 5.3-inches, and came with a built-in stylus. For many years, those where the signature feature of the Galaxy Note phones. As technology improved, Samsung used bigger and bigger screens for the phone, as well as upgraded S Pen features. But the dawn of the all-screen smartphones has robbed the Note of one of those signature features.

Every new Galaxy S phone looks just like the latest Note, and it comes in several sizes. The most affordable Galaxy S20 will have a 6.2-inch display, while the smallest Note 10 model features a 6.3-inch screen. The S20 Ultra gets a 6.9-inch screen, which is marginally larger than the 6.8-inch display of the Note 10+.

We’ve seen speculation that Samsung would merge the Galaxy S and Note series for a few years now, and there was even talk about canceling the Note after that embarrassing Note 7 recall. Now, some people think that Samsung might fold the Note line into one of its foldable series.

The only way for the Note to get a bigger screen is for Samsung to go for a folding one. And industry watchers told The Korea Herald that the new version of the Fold may gradually replace the Galaxy Note.

The original Galaxy Fold was a huge disaster for Samsung, although the Korean tech giant deserves some credit for powering through all the problems and actually launching the handset. Also, Samsung was the first major phone vendor who went all out on a foldable phone, a device it’s been developing for years. And we were always expecting issues with first-gen devices featuring screens that bend.

But the next model is already expected to be much better. There’s no way Samsung could add a stylus to the Fold experience without first fixing the phone’s screen. We covered the Galaxy Fold’s screen fragility extensively last year. Go get a Galaxy Fold right now, and you’ll find plenty of warnings inside the box that tell you the display is prone to damage if not handled correctly. That’s not the kind of screen that would play nice with S Pens.

Regardless of whether the Fold will replace the Note in the future, the report reinforces the idea that the Fold 2 will come with a glass screen on top of the 8-inch display, which would make S Pen support possible.

Apparently, suppliers are already preparing for mass production for the device, but the Fold 2 should hit stores in the second half of the year, The Korea Herald says, not the second quarter of the year. If that’s accurate, Samsung might have two phones with built-in S Pens out in the second half of 2020, including the Galaxy Fold 2 and the Galaxy Note 20. Samsung will probably replace the Note 11 name with Note 20, just like it’s about to do with the S20 series.

Killing the Note series, however, might not necessarily be the best for Samsung, given the huge popularity of that brand, especially compared with the Fold. So maybe rebranding the Fold into the Note series might be a better strategy for the company.