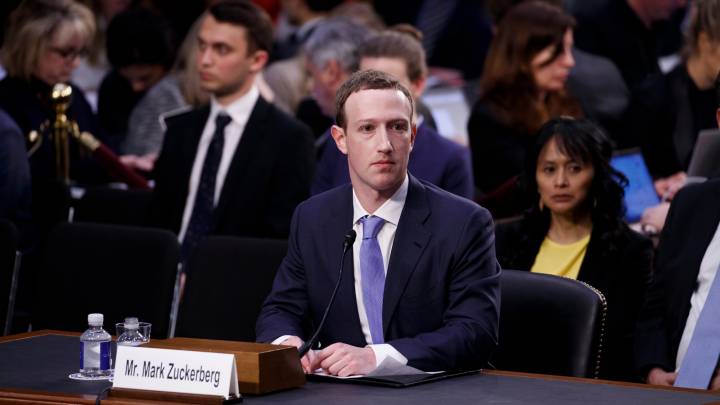 Just because Mark Zuckerberg appeared before US Congress last week to answer a plethora of questions about the way Facebook handles user data and privacy doesn’t mean Facebook is done with the Cambridge Analytica scandal. There are more “hard questions” ahead, given that Zuckerberg’s answers weren’t exhaustive.

One of the things Facebook CEO failed to address appropriately during questioning concerns the way Facebook tracks internet users, regardless of whether they have a Facebook account, or whether they’re signed into one. Zuckerberg acknowledged that Facebook tracks all your activity online, saying it does it for security reasons.

Reports that followed revealed that Facebook isn’t really interested in building tools that would allow non-Facebook users to keep track of the kind of data Facebook collects, and opt out. It turns out that you can’t really prevent Facebook, or other internet companies, from tracking your activities.

The post is a lot more comprehensive than Zuckerberg’s testimony. However, don’t expect a way out. Facebook is simply explaining what data it collects, and why it does it. But there’s absolutely no way to turn it off.

Facebook Product Management Director David Baser reminds readers in the lengthy blog post that Facebook is merely doing what others websites also do when it comes to tracking you.

“When you visit a site or app that uses our services, we receive information even if you’re logged out or don’t have a Facebook account,” Baser writes. “This is because other apps and sites don’t know who is using Facebook.”

Facebook collects a bunch of data about you including your IP address (therefore your location), browser type, operating system. Its cookies also keep track of the sites you visit, and what app you’re using.

Facebook says it uses the data for security reasons — which is the reason Zuckerberg gave last week — but also to provide its services to sites and apps, and enhance its own services.

The exec would like you to know that “we don’t sell people’s data. Period.” Whenever someone says “period” like that, something feels off.

Sure, Facebook doesn’t sell the data it collects. But it uses that data to sell better ads, or to try to convert more internet users to Facebook:

Facebook Audience Network enables other websites and apps to show ads from Facebook advertisers. When we get a request to show an Audience Network ad, we need to know where to send it and the browser and operating system a person is using. Cookies and device identifiers help us determine whether the person uses Facebook. If they don’t, we can show an ad encouraging them to sign up for Facebook. If they do, we’ll show them ads from the same advertisers that are targeting them on Facebook. We can also use the fact that they visited a site or app to show them an ad from that business – or a similar one – back on Facebook.

One issue with the blog post is that it doesn’t specifically address what happens with the data belonging to those internet users who choose not to sign up for Facebook. It’s mostly focusing on internet users who may not be signed into Facebook at all times.

Furthermore, Baser only offers controls to Facebook users, which will allow them to customize their News Feed and Ads experiences, and even disregard data Facebook collects about them. Non-users, meanwhile, have no control over what Facebook knows about them, or what happens with that data. In other words, this “Hard Questions” post feels like it deserves a sequel.