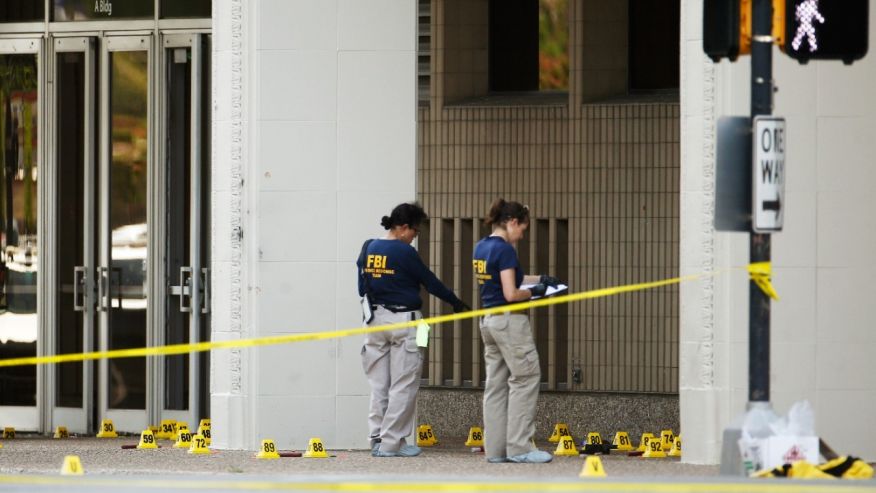 Facebook Live, which lets users broadcast live video across the social network, has been thrust further into the spotlight following Thursday’s sniper attack in Dallas that killed five police officers.

The shooting was streamed live on Facebook by Dallas resident Michael Kevin Bautista. His post, which was widely cited in the media, had been viewed more than 5.2 million times and racked up more than 141,000 shares Friday.

Police were guarding protesters at an anti-police brutality march when they were ambushed in downtown Dallas. The march was sparked by the fatal shooting of Philando Castile by an officer in a suburb of St. Paul, Minnesota Wednesday. The aftermath of Castile’s shooting was livestreamed by his fiancé Diamond Reynolds in a harrowing and widely shared Facebook video.

Facebook CEO Mark Zuckerberg addressed Reynolds’ video in a blog postThursday. “The images we’ve seen this week are graphic and heartbreaking, and they shine a light on the fear that millions of members of our community live with every day,” he wrote. “While I hope we never have to see another video like Diamond’s, it reminds us why coming together to build a more open and connected world is so important — and how far we still have to go.”

Social media expert and President of JRM Comm Jason Mollica agrees that Facebook Live can fulfill a valuable role. “Our connections digitally should help unite,” he told FoxNews.com, via email. “However, as we’ve seen all too often social media can be a breeding ground for more hate. Mr. Zuckerberg is trying to help change that conversation, in a positive way, on social networks.”

The Minnesota shooting, he added, “brings to light the simplicity of capturing potential life-altering events.”

TechCrunch reports that Reynolds’ video was taken down by Facebook for an hour due to what the social network described as a “technical glitch”. The video reappeared with a disclaimer warning of “graphic content,” according to the report.

Following the attack, Reuters reported that Facebook is expanding its team that reviews live content, which will be staffed 24 hours a day. The social network is also looking to stop offensive broadcasts by monitoring livestreams that go viral or are trending. This would let Facebook quickly remove content and reduce its reliance on users to report videos that violate the network’s standards.

Mollica believes that, despite the challenges, Facebook Live has a great deal to offer users. “Ultimately, I do believe that the potential for good outweighs the challenge of negativity,” he said. “Facebook Live can be used to help start a conversation, open up our world to different people, and educate us on what others are thinking.”