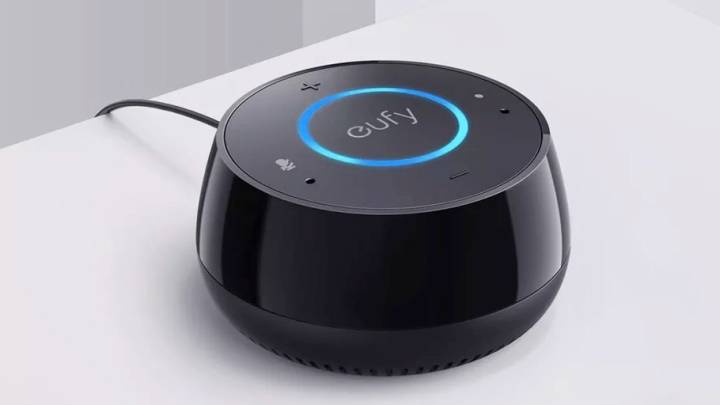 Priced at $49.99, the Echo Dot is Amazon’s cheapest Alexa-enabled smart speaker for the phone. But if that sounds too expensive, then you might want to try out Anker’s Eufy Genie, which costs just $34.99.

Amazon doesn’t seem to care whether you buy its own Echo-branded devices or go for Alexa devices from other companies, as long as the assistant gets into your home. We’ve seen countless other Alexa-enabled gadgets hit stores this year, just as Alexa compatibility was added to various Android phones.

The Eufy Genie is part of Anker’s Eufy brand for the smart home, and will be available to buyers on Amazon — where else? — starting August 16th.

The company says in its press release that the Genie will let you control multiple smart home appliances by issuing voice commands. Alexa will also play music, answer queries, and generally perform the same tricks that are available from any other smart speaker that ships with Alexa smarts inside. In total, there are more than 15,000 Alexa skills that will be available to Genie users.

If Anker sounds familiar, that’s because you may already own products made by this accessory maker, especially smartphone battery charging gadgets.

Interestingly, Anker’s goal with its line of smart home products is to make these devices more affordable to users. That probably explains why the Genie is so cheap, to begin with.

“Everyone deserves the chance to live in their very own ‘house of the future’; where through one simple platform, they can order pizza, turn their lights on, and direct their robotic vacuum to clean. At present, a connected home like that requires an investment of at least $1,000,” Anker CEO Steven Yang said in a press release.

“What we are trying to do is to turn the smart home concept into something more affordable, accessible and integrated. With less than $600, consumers can experience a Eufy smart home entirely controlled by Genie.”