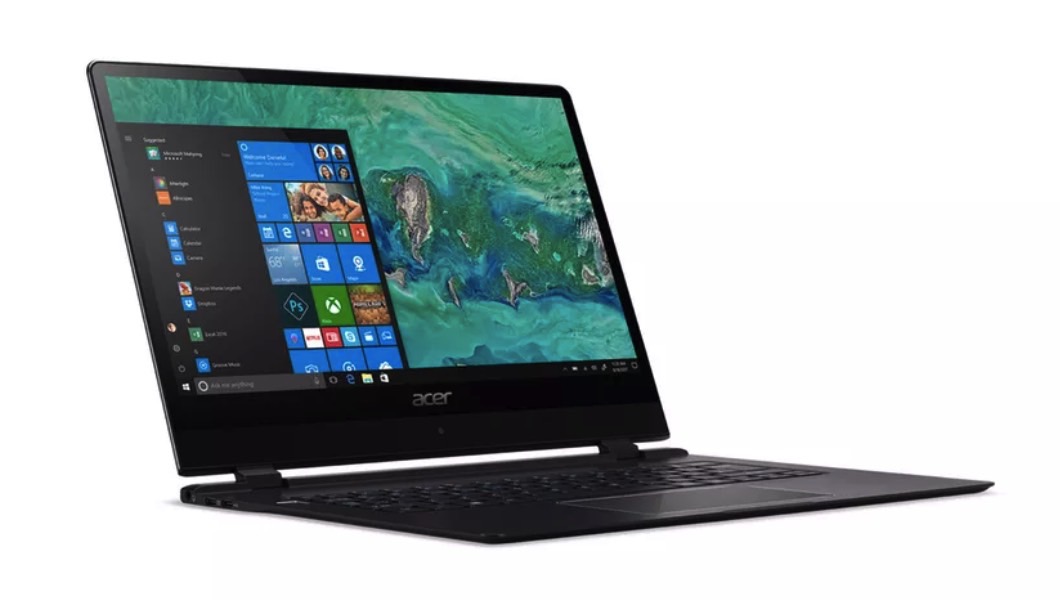 Some people complain about how thin smartphones have become, because thinness directly affects battery size and therefore battery life. But when it comes to laptops, which are significantly larger than a smartphone or tablet, a thinner profile equals less weight to lug around.

Acer’s Swift 7 is the device in question, which was unveiled in Las Vegas a couple of days before CES 2018 actually kicked off.

The Swift 7 is just 8.98mm thin, Acer said in a press release. It also costs $1,699, a price that gets you always-on 4G LTE connectivity, a 14-inch Full HD touchscreen display, a seventh-generation Intel Core i7 processor, 8GB of LPDDR3 RAM, and 256GB of PCIe SSD storage.

Aside from the LTE support — both nano SIM and eSIM functionality are built into the Swift 7’s thin housing — these are pretty common specs for a modern laptop. Other highlights include a backlit keyboard, a Corning Gorilla Glass NBT touchscreen and touchpad, and a unibody aluminum chassis.

Windows 10 is running the show, as expected, and the laptop will get you up to 10 hours of battery life according to Acer.

The Swift 7 may be the most exciting new laptop Acer has on display at CES 2018, but it’s not the only product refresh the company announced.

The Acer Spin 3 laptop is also a new device destined to offer buyers “all-day productivity and entertainment.” The laptop supports both laptop and tablet modes, thanks to its 360-degree dual-torque hinge, and a newer 8th-gen Intel Core processor that the Swift 7 line lacks. The device packs a 14-inch touchscreen screen with Full HD resolution, and offers some 12 hours of battery life.

The Spin 3 launches in America next month, but it’s a lot more affordable with pricing starting at $599.

If you’re looking for a new gaming laptop, then the new 2018 Nitro 5 might be the device for you. Starting at $799 and launching in April, the computer packs more than enough power to support most games right now.

AMD Radeon RX560 graphics and AMD Ryzen processors, and up to 32GB of LPDDR4 RAM help power high-end gaming on the go. SSD storage goes up to 512GB to ensure a smooth performance.

The screen is also an essential piece of the Nitro 5 puzzle, but we’re still looking at a Full HD panel for the notebook. However, it’s a bigger 15.6-inch screen compared to Acer’s other new laptops. If you want more screen real estate and higher resolutions, you’ll need to connect the laptop to a bigger monitor.