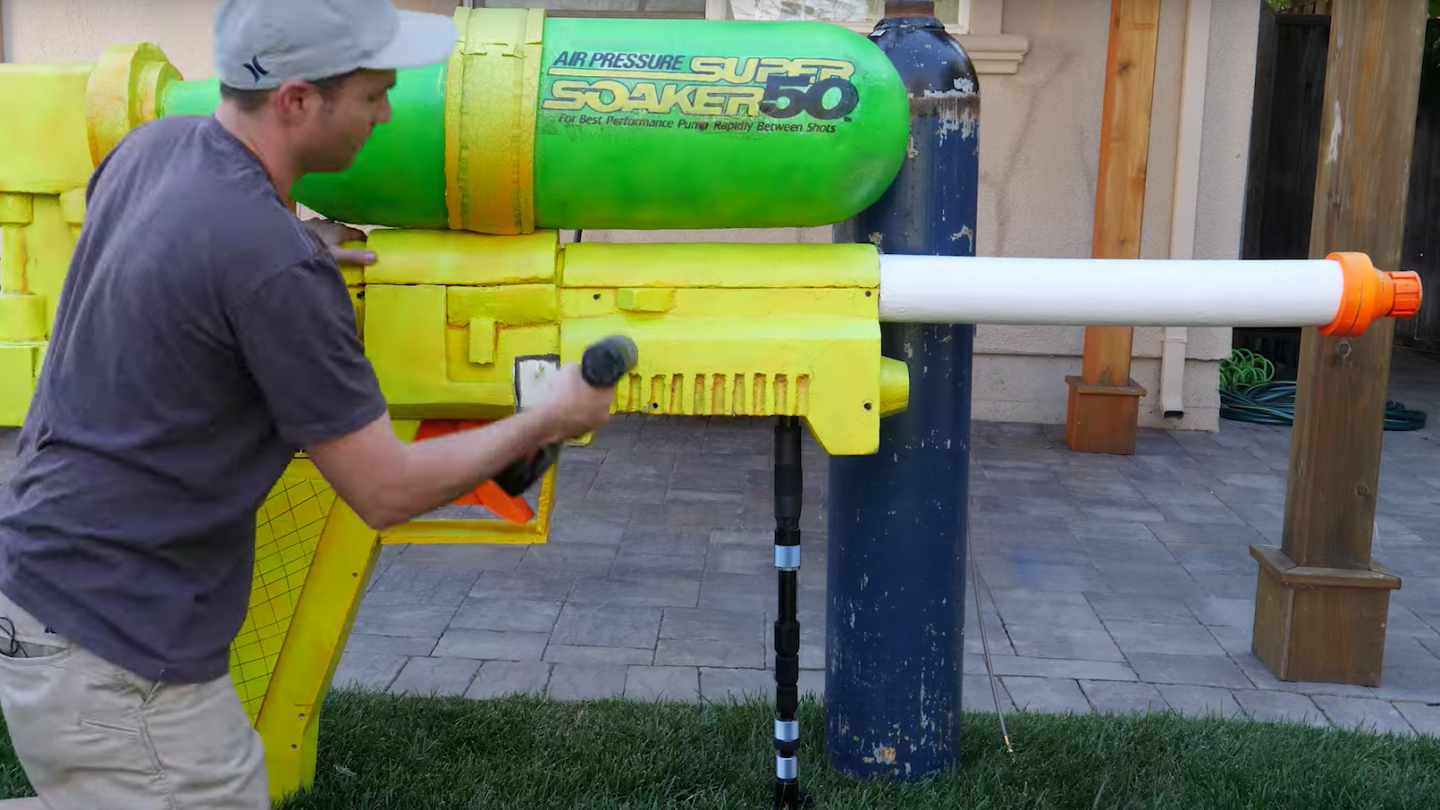 We’re right in the heart of summer, which means getting sprayed down with a water gun sounds like a pretty nice way to spend an afternoon. That is, unless that the water gun pointing at you is seven feet long and fires a stream of liquid at 2,400 psi and 243 miles per hour.

Mark Rober is a former NASA engineer who is now a YouTube sensation, and his latest build is literally one for the record books. His seven-foot-long Super Soaker is now the top dog in the Guinness Book of World Records, and the video he released showing its incredible power makes it easy to see why.

The gun, which is fashioned to look like the classic Super Soaker 50, which was the first model of the brand and the first popular pressurized water gun to ever hit toy stores. That original Super Soaker was capable of firing a stream of water at 40 psi, which is fine when you’re battling your friends in your swimming pool or back yard, but Rober wanted something a bit more powerful.

His oversized replica doesn’t work quite the same way as the original water gun — there’s no pumping and the tank that holds the water is actually in the handle rather than the large green cylinder that graces the top of the device — but it’s a lot more powerful. Using pressurized nitrogen to push the water out through the tip of the gun, the principal is the same, but the stream moves much, much faster.

According to Rober, the water is pressurized to 2,400 psi. To give you a frame of reference, that’s roughly eight times as much pressure as the hose on a firetruck. Yeah, you wouldn’t want to get in this thing’s way.

Rober shows off how powerful the stream is by slicing things in half, like a banana, hot dog, and even an entire watermelon. He even equipped the tip of the gun with a swappable nozzle so he can select either a super fast, thin stream, or maximum water output. The gun took six months to construct, but it was most definitely worth it.