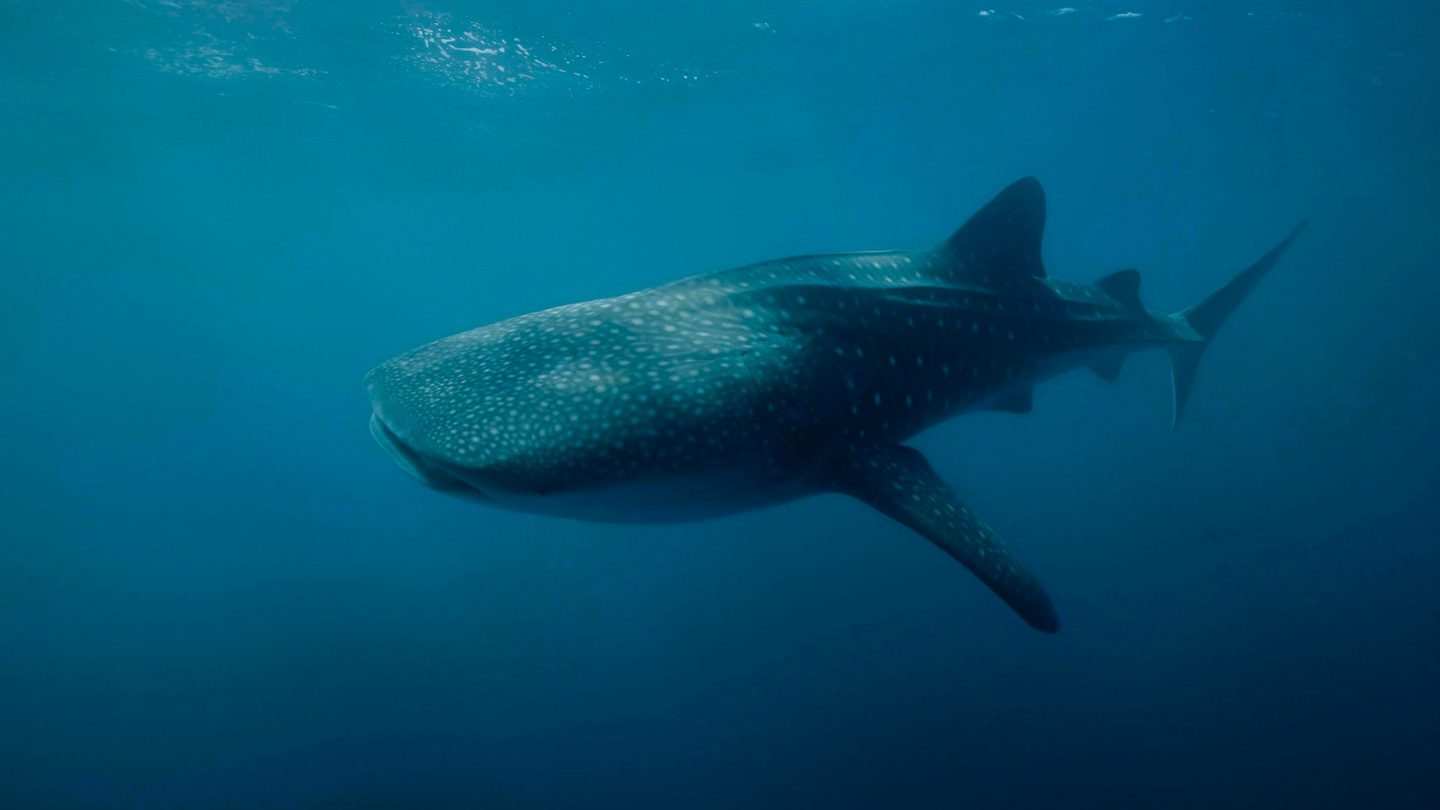 There are many different types of fish in the world’s oceans. Species vary greatly in everything from color to appetite to size, but the mighty whale shark has long been considered the biggest. Whale sharks aren’t actually whales at all, of course, as that would make them mammals and not fish, but a new study reveals that gender plays a big role in how large a whale shark can get.

The researchers discovered that male whale sharks tend to peak at around nine meters in length or about 30 feet. That’s an incredibly huge fish, but the ladies of the species are even more impressive. Females tend to grow to an average length of roughly 14 meters or 46 feet before they stop growing. Yeah, that’s a seriously large fish, but they don’t reach that size quickly.

“That’s absolutely huge – about the size of a bendy bus on a city street,” Dr. Mark Meekan, lead author of the study, said in a statement. “But even though they’re big, they’re growing very, very slowly. It’s only about 20cm or 30cm a year.”

It takes a very long time for the sharks to reach their maximum size. The researchers tracked a whopping 54 different whale sharks as they matured in the oceans, occasionally observing them and using their unique patterns to identify and differentiate them.

Okay, so the female whale sharks grow mega-huge, but why? Well, while male sharks may benefit from growing a bit faster, the female sharks being much larger benefits them when it comes to protection from predators, especially when they’re carrying offspring.

“Only one pregnant whale shark had ever been found, and she had 300 young inside her,” Dr. Meekan said. “That’s a remarkable number, most sharks would only have somewhere between two and a dozen. So these giant females are probably getting big because of the need to carry a whole lot of pups.”

Carrying around 300 smaller versions of yourself would definitely be easier if you were 46 feet tall, so I suppose that makes a good bit of sense. Still, the discovery is a bit of a shock for scientists, as it was thought that the sharks don’t really hit a size limit during their long, slow-growing lives.