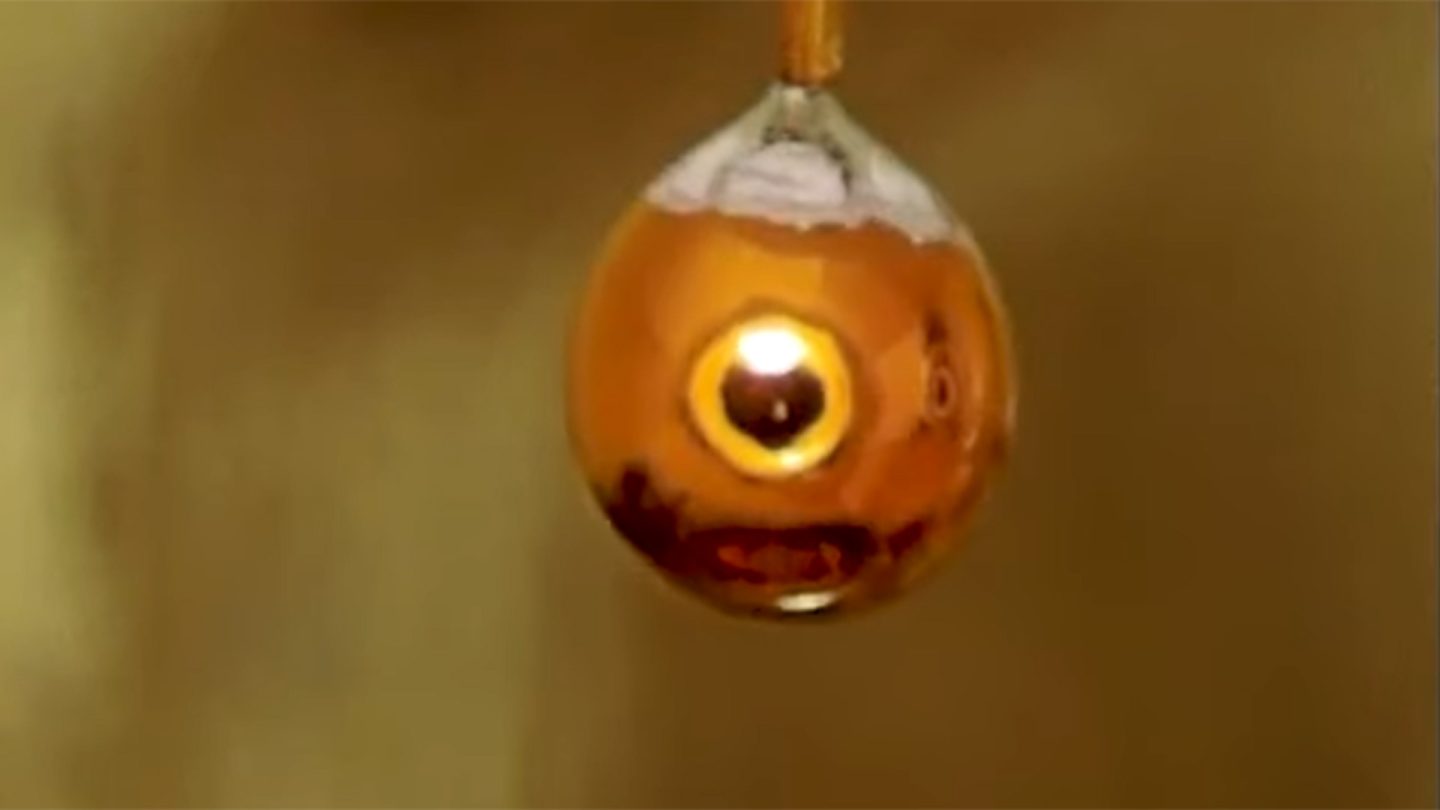 What if we could create metal made of water? Pure water itself is almost perfect as an insulator. Water found naturally in the world is a perfect conduit for electricity due to the impurities and minerals found within it. But water only becomes “metallic” at extremely high pressures. Now researchers have found a way to do so by metallicizing pure water using certain metals.

The process was first experimented with for a paper researchers published in July of 2021. Now, though, a group of researchers have managed to record the transformation of water into metal and shared the video on YouTube. The transformation is only made possible by bringing pure water into contact with electron-sharing alkali metals.

In this instance, the researchers used a combination alloy made of sodium and potassium and then added free-moving charged particles. To accomplish the transformation and create metal from water, the researchers exposed a drop of the alloy to a small amount of water vapor in a vacuum chamber. The water vapor then began to condense on the surface, expanding the droplet altogether.

It’s an intriguing idea, and one that plays out really well in the video. I’m not particularly sure what the point of making metal from water would be, but scientists have managed to do something that many thought was impossible here on Earth. They just had to make a vacuum to do it. There is one problem with all of this, though. Typically, alkali metals react explosively with water.

As such, blending the two together in normal environments can be exceptionally dangerous. That’s why a vacuum like the one used in the research experiment was needed to properly create metal from water. And, it’s also why the researchers added water to the metal instead of the other way around. This allowed it to expand and create the droplet rather than explode as it normally would.

Either way you look at it, being able to pull off such an intriguing feat is yet another example of the scientific breakthroughs that humanity is making in recent years. Perhaps in the future, we’ll find another use for this metallicized water, or it could at least help us better understand the makeup of planets like Jupiter, which are believed to house metallicized pure water within them.

Looking for more science news? Scientists recently treated terminal cancer using a modified herpes virus. Plus, a professor rediscovered a “miracle plant” previously believed to have been extinct for over 2,000 years. Also, scientists found a way for people with paralysis to walk again.