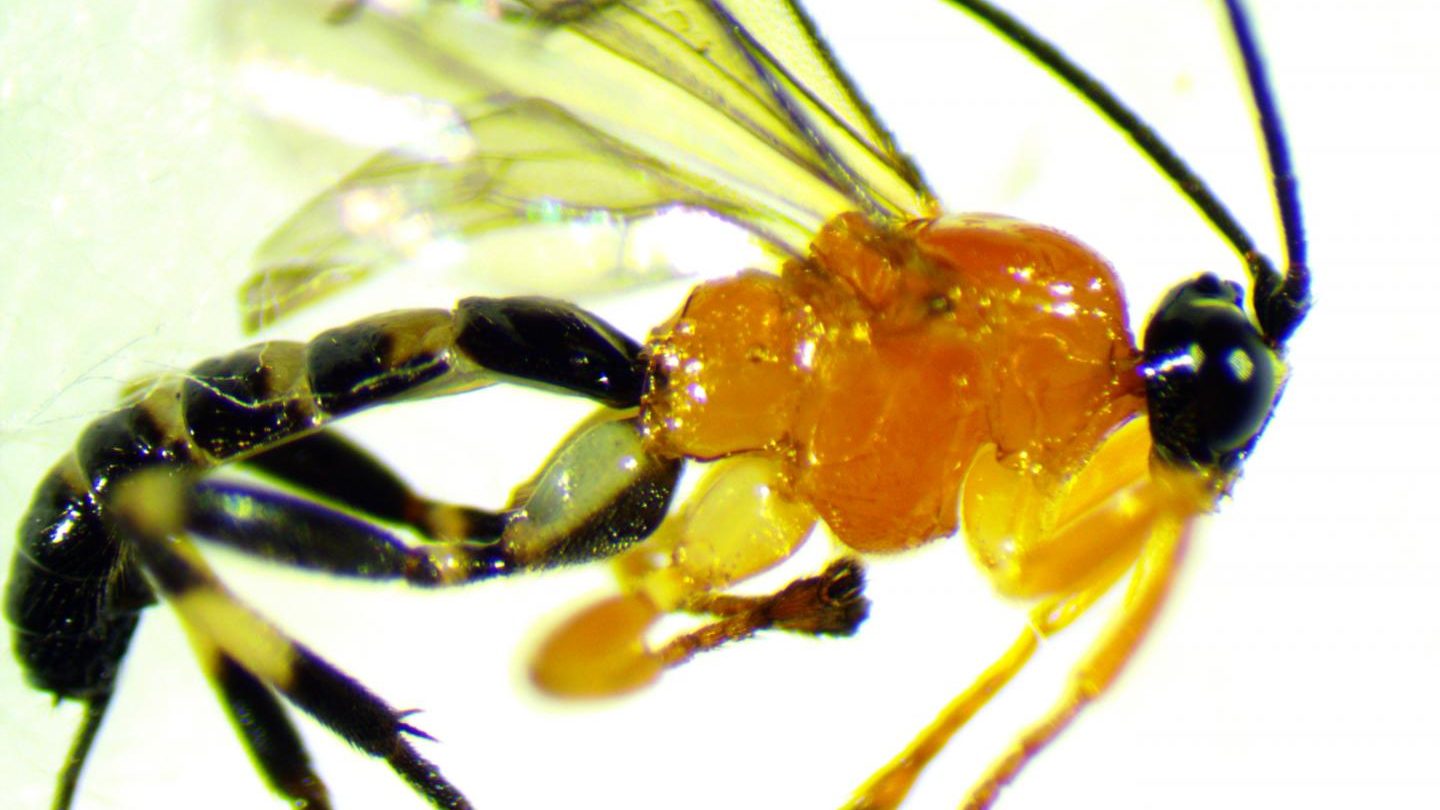 Wasps are annoying and sometimes painful for us humans but they are even more of a problem for insects that they prey upon. One particularly creepy new discovery made by insect researchers reveals that a a newly-discovered species of wasp in the Amazon basically zombifies spiders to do its bidding.

The research, which was published in Ecological Entomology, describes how the gruesome life cycle of the wasp species relies upon “social” spiders that live in groups. The spiders first act as hosts for parasitic larva and, eventually, as a full meal.

The researchers observed the wasps’ bizarre relationship with the spiders up close. First, a female wasp targets one of the spiders and lays an egg on the arachnid. Then, when the egg hatches, the larva latches on to the spider and feeds off of it. This type of parasitic relationship isn’t uncommon in insects, but the wasp takes things a step farther.

The larva doesn’t leave the spider after growing to a certain point but instead takes over the spider’s body, causing it to carry out specific tasks. The spider is forced to leave its colony and construct a web cocoon. The larva then eats the spider and uses the newly-constructed cocoon as its home while it matures into a full-grown wasp, starting the cycle all over again.

“The wasp completely hijacks the spider’s behaviour and brain and makes it do something it would never do, like leave its nest and spinning a completely different structure,” Samantha Straus, co-author of the research said in a statement. “That’s very dangerous for these tiny spiders.”

The team doesn’t have a great explanation for how the wasp commands the spider to do its bidding but thinks it might have something to do with the larva affecting the hormones of the spider. It’s all very strange and, if you’re a spider, downright horrifying.