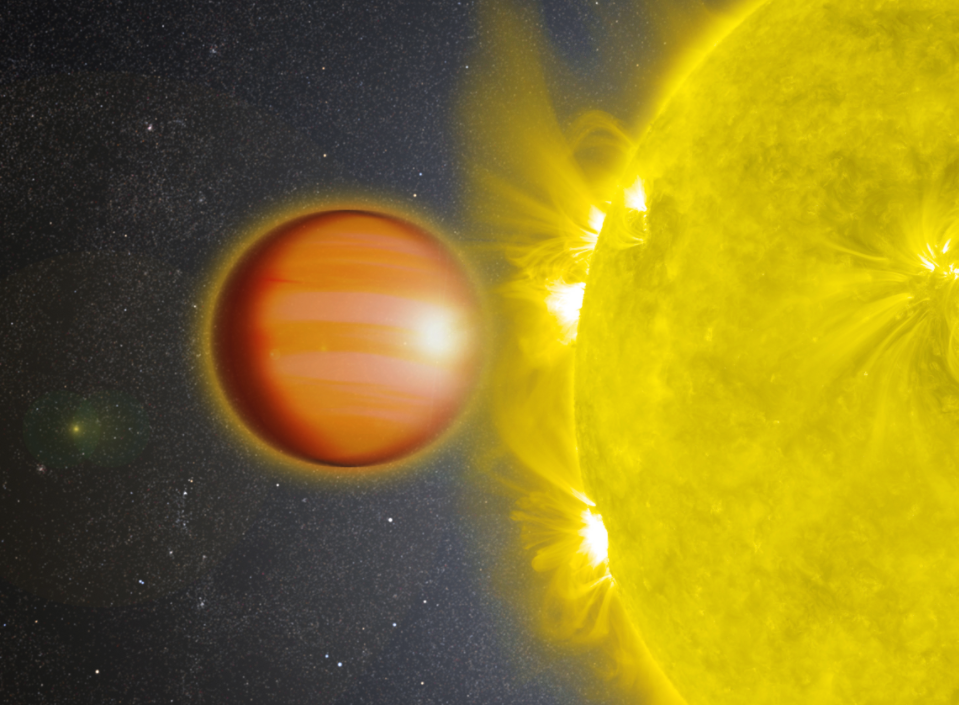 When news of a newly-studied exoplanet with an atmosphere begins to make headlines it’s typically because the far-off world is potentially Earth-like, teasing the possibility of extraterrestrial life or even a potential future home for mankind. WASP-18b is not one of those kinds of exoplanets. In fact, it’s so incredibly hostile to what we know about life that researchers had a difficult time explaining its existence at all.

WASP-18b is an absolutely huge planet, with a mass on the order of 10 times that of Jupiter, and it’s also incredibly hot. The planet orbits its star at a very short distance, which isn’t entirely uncommon for exoplanets, but what makes the alien world so strange is that it has a thick atmosphere that left scientists scratching their heads.

After observing the planet several times, that data revealed that WASP-18b’s atmosphere is packed with poisonous carbon monoxide. That’s not just a rarity among known planets; it’s essentially unheard of. “The composition of WASP-18b defies all expectations,” Kyle Sheppard of NASA’s Goddard Space Flight Center, lead author of the study explains. “We don’t know of any other extrasolar planet where carbon monoxide so completely dominates the upper atmosphere.”

The research, which was published in Astrophysical Journal Letters, also reveals that the planet’s puzzling atmosphere is devoid of any water, and thereby oxygen. The combination of no water, no oxygen, incredible heat, and plenty of carbon monoxide means that WASP-18b isn’t the kind of place you’d want to spend a day, or even a few seconds.

The deadly conditions also suggests there’s really no conceivable way life as we know it could form or exist there. That’s just fine anyway, since the world is some 325 light-years away, so visiting it is out of the question.

That said, the discovery is important for a number of reasons, not least of which is that it totally rewrites what scientists thought they knew about how atmospheres form around planets. This particular example is obviously hostile to life, but might raise the possibility of certain exoplanets forming much friendlier atmospheres in ways we had not yet considered. Further research into WASP-18b is planned for later, and scientists hope to use the new James Webb Space Telescope to get an even better look at it.