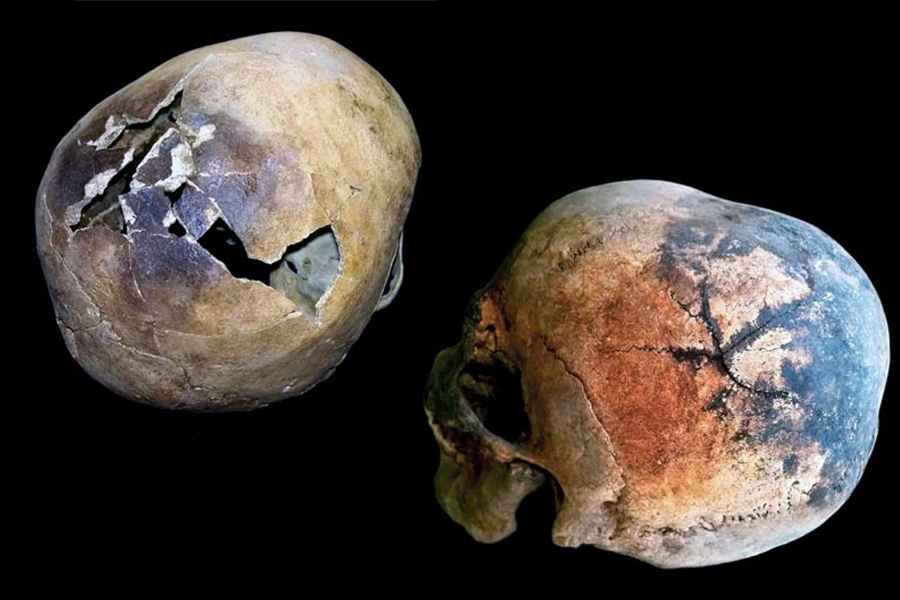 Being in proximity to a volcano as it unleashes hellfire upon the land is, well, not good. The residents of Pompeii and Herculaneum likely never knew what hit them when Mount Vesuvius erupted in spectacular fashion way back in the year 79, but new research helps to put the volcano’s incredible destructive power into perspective. The study reveals that the immense heat from the blast actually caused blood to boil and heads to explode.

The research, which was published in PLOS One, is incredibly gruesome in its discoveries. Using well-preserved skeletal remains from the victims of the eruption, the scientists paint a dire picture of what the last moments of life was like for those living right next Vesuvius.

“New investigations on the victims’ skeletons unearthed from the ash deposit filling 12 waterfront chambers have now revealed widespread preservation of atypical red and black mineral residues encrusting the bones, which also impregnate the ash filling the intracranial cavity and the ash-bed encasing the skeletons,” the researchers write. “The extraordinarily rare preservation of significant putative evidence of hemoprotein thermal degradation from the eruption victims strongly suggests the rapid vaporization of body fluids and soft tissues of people at death due to exposure to extreme heat.”

There’s some pretty high-level words to navigate around but to put it simply: The heat from the eruption was like that of a bomb, causing all liquid to be instantly vaporized, including body fluids like blood. When those fluids rapidly heated, expanded, and vaporized, it meant blood literally boiled and the skull of victims couldn’t contain the expansion. With temperatures potentially reaching as high as 500 degrees Celsius, their heads literally exploded.

The only silver lining in any of this is that death occurred so rapidly that those who the volcano claimed likely didn’t even have a chance to think before they succumbed. They may have had a brief moment to realize that the volcano had blown its top, but the time between when the blast reached them and their deaths would have been so short that it’s unlikely they felt much of anything before it all went dark.