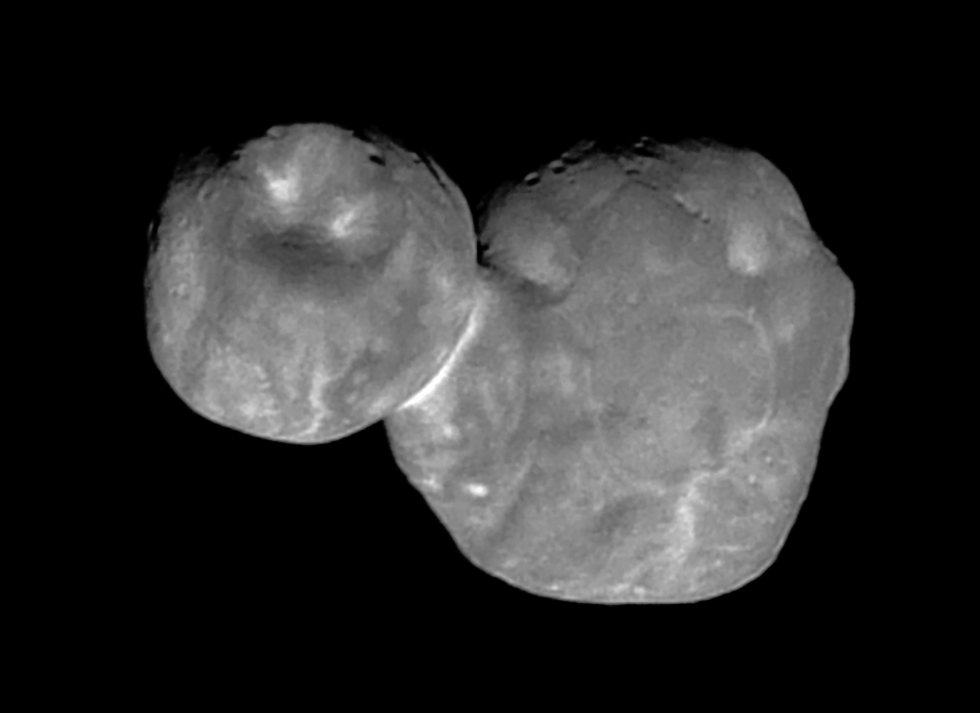 NASA’s 2019 started off with a bang as its New Horizons probe zipped by the most distant object mankind has ever tried to visit, a strange space rock known as Ultima Thule. Scientists quickly discovered that Ultima Thule isn’t one object, but two, making it the first contact binary ever studied in such detail.

Now, as NASA continues to gather more data from the flyby, the New Horizons team has revealed the most detailed glimpse yet of Ultima Thule, and it’s a real stunner.

In the new image, which was captured during the New Year’s Day flyby by New Horizons, the spacecraft’s Multicolor Visible Imaging Camera provides a more detailed look at the surface of the twin space rocks than ever before. We can see craters and ridges, as well as a more defined contact point between the two objects.

“This new image is starting to reveal differences in the geologic character of the two lobes of Ultima Thule, and is presenting us with new mysteries as well,” Principal Investigator Alan Stern said in a statement. “Over the next month there will be better color and better resolution images that we hope will help unravel the many mysteries of Ultima Thule.”

If you’re wondering why it took this long to get such a clear image of the object, it’s all about distance and the spacecraft itself. New Horizons gathered an incredible amount of information as it made its pass of Ultima Thule, and it can’t send it back all at once. The probe will actually spend many months delivering a trickle of data until all of its observations are received back on Earth.

At the spacecraft’s current distance of over four billion miles from Earth it takes over six hours for the radio signals to travel from New Horizons to our planet, and collecting all the data takes a great deal of time.