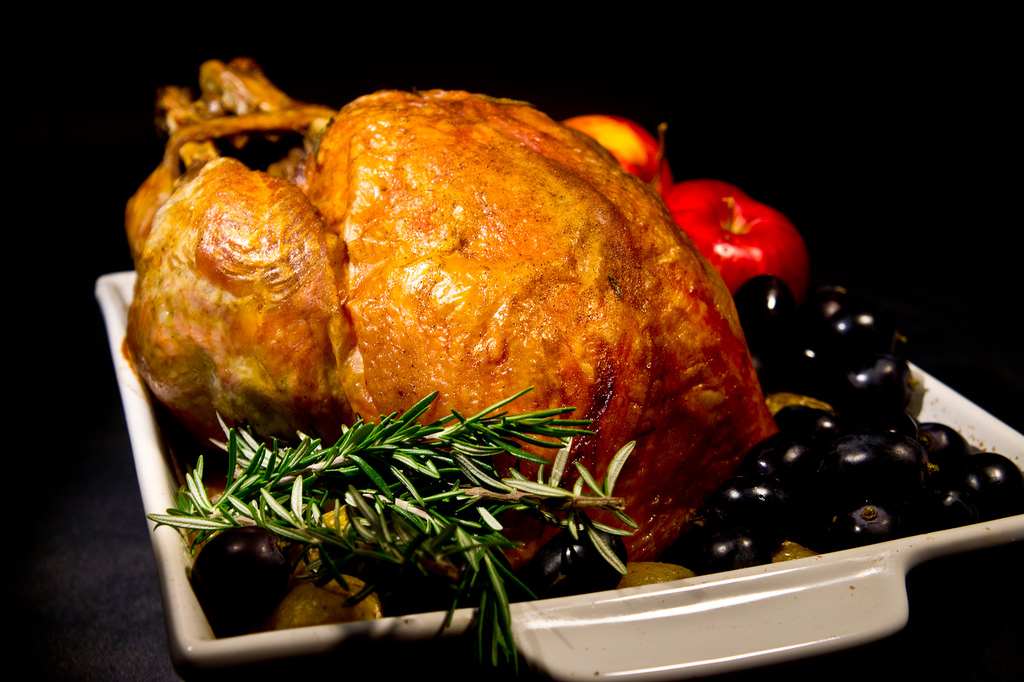 Ah, another Thanksgiving with the family. You know what that means! Yep, you’ll be struggling to make small talk with relatives you only see a couple times each year, dodging awkward political conversations, and dealing with that pesky turkey turning everyone into sleepy zombies by halftime of the second NFL game. There’s just one problem: turkey doesn’t make you sleepy, so let’s all get on the same page about that.

Turkey got a bad rap when it comes to drowsiness because of the amino acid tryptophan. Tryptophan promotes the creation of serotonin (makes you feel good) and melatonin (can make you feel sleepy). As armchair scientists (read: your annoying uncle who thinks he knows literally everything) began regaling Thanksgiving visitors with the knowledge that turkey contains tryptophan, it became common “knowledge” that turkey is what makes everyone so darn tired on this festive holiday. Well, it isn’t true.

Research dating back over a decade into the effects of turkey on wakefulness has been attempting to combat this myth to little avail, so let’s get things straight: Yes, turkey contains tryptophan, but as several studies have demonstrated, it doesn’t contain it in amounts significantly different from other common meats. What’s more, the extremely small amount of tryptophan you ingest from a few slices of turkey isn’t nearly enough to cause the energy crash so commonly associated with Thanksgiving meals.

As it turns out, your massive feast is indeed responsible for the tired feeling that inevitably comes afterwards, but turkey isn’t the primary culprit. Carbohydrates — found in large quantities in many Thanksgiving treats like tasty bread rolls, potatoes, and pies — have a much greater impact on your energy levels. A carb-rich meal causes an insulin spike which sets off a chain of reactions resulting in the increase of melatonin production. That, coupled with the pleasant feeling of a full belly, lulls you off into dreamland before you can even have your 7th piece of pumpkin pie.

So spare a thought for the turkey this Thanksgiving night. It already gave up its life so you could have a day off of work, don’t insult it by also blaming it for your laziness, too.