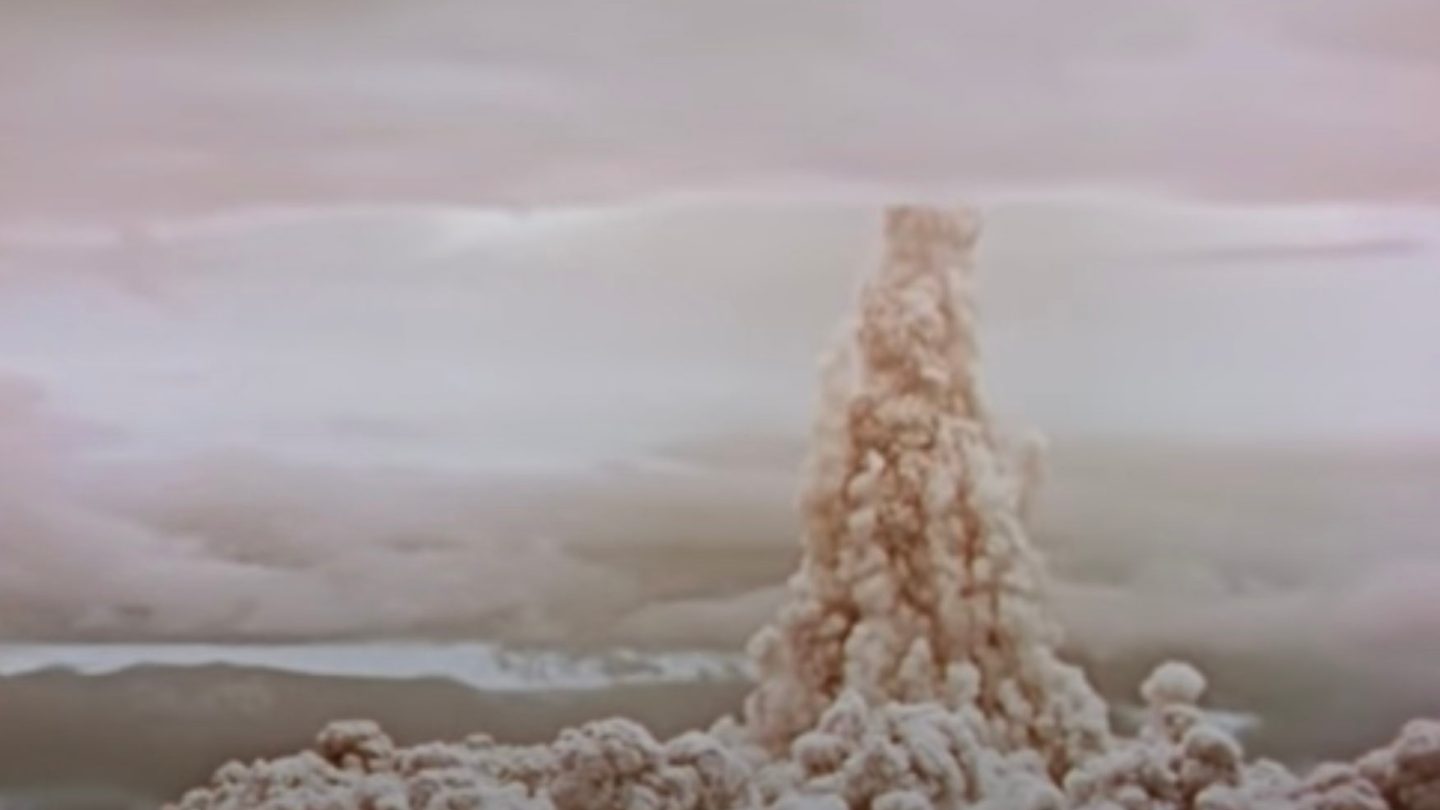 For the first time ever, Russia has made publicly available a wealth of video documenting the development and testing of the Tsar Bomba, a nuclear weapon the likes of which the world had never seen. The project yielded its first testable weapon in late 1961, and no more were ever built. After watching the video, you’ll see why.

Following the end of World War II, the United States and the Soviet Union became locked in a stalemate that we now know as the Cold War. It was an era where both sides amassed incredibly powerful weapons with the understanding that war between the two countries was almost certainly inevitable.

After seeing the awe-inspiring and terrible power of nuclear weaponry unleashed by the United States, scientists on both sides built ever-bigger bombs. Military officials seemingly felt that whoever had the biggest bomb would either win the impending war or scare the other side enough to prevent them from attacking in the first place.

The Cold War didn’t have a winner in the traditional sense. Neither side openly attacked the other, declared war, and sent troops and weaponry to invade their opponent. However, in the technological arms race between the two adversaries, many things were accomplished, including the construction of the most powerful bomb ever tested on Earth.

The Tsar Bomba had a yield of 50 megatons, absolutely dwarfing any other weapon on either side of the frigid conflict. Testing of the bomb took place in Russia’s frigid north, over a small landmass called Severny Island. The blast was reportedly seen from 1,000 km away, and the mushroom cloud it produced towered miles into the sky in mere seconds.

The video is incredibly interesting and quite long. At over 40 minutes, it provides a detailed behind-the-scenes look at how the bomb came to be, the preparations that took place before the first test, and of course the demonstration of the bomb’s power.

Perhaps the most incredible thing about the Tsar Bomba — aside from the fact that it never actually killed anyone — is the fact that it could have been even more powerful. Initial plans for the bomb included a yield target of 100 megatons. This would have indeed been possible at the time, but the engineers ultimately settled on a bomb that was merely half as powerful. Nevertheless, it was (and still is) the most powerful bomb ever detonated on Earth, and a great example of how absolutely destructive humans can be.