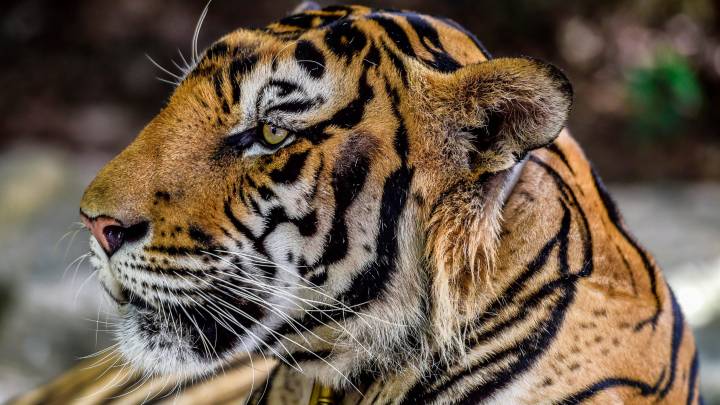 A pair of adult tigers got a little too rough with their handler over the weekend during a fundraising event for Wildlife and Environmental Conservation Inc, in Moorpark, California. The company’s director, Patty Perry, was reportedly attacked by the two big cats, and Perry sustained injuries to her neck after the animals tackled her to the ground.

Needless to say, this was an alarming sight for others in attendance. Perry, who had entered the tigers’ cage, was wrapped up by one of the big cats before a second jumped on top. Others at the event were able to distract the animals and allow Perry to slip out of the enclosure.

The attack sent Perry to the hospital with some pretty serious injuries, including punctures to her neck. Despite that, Perry says that she doesn’t think the animals were truly attacking her and that they were likely just trying to play.

“A lot of people I’m sure that saw it were horrified thinking the worst,” Michael Bradbury, a friend of Perry, told local ABC affiliate KABC. “She said it was obvious they were playing with her because they do love her. She raised them from babies.”

That may be true, but this wouldn’t be the first time that wild animals like tigers turned on the humans that raised them their entire lives. These kinds of attacks pop up from time to time, and they always make headlines.

It’s scary to think of an animal you trust spontaneously turning on you, but in the case of tigers, we’re talking about creatures that have evolved to be efficient killing machines. Even if the big cats were just “playing,” they can do a whole lot of damage in a very short amount of time.

Perry is expected to recover from her injuries, but remains hospitalized for the time being.