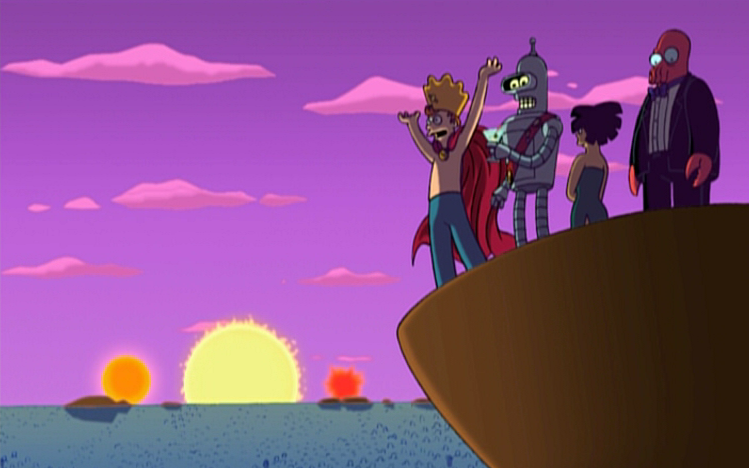 NASA’s TESS exoplanet-hunting satellite has already made some incredible discoveries in its first couple of years in service, but its latest find will definitely look familiar to sci-fi fans. The planet LTT 1445 A b is a rocky world approximately 1.4 times as large as Earth. It’s a likely baren rock with incredibly high surface temperatures, but what makes the planet particularly interesting is that its sky is dotted with not one, not two, but three suns.

The planet orbits one star at an incredibly close distance, completing a full orbit in just five Earth days, and that star orbits a pair of stars which are locked in an intimate dance. The trio of stars are all red dwarfs, which are a bit cooler than our own Sun, but that doesn’t mean LTT 1445 A b would be a comfortable place to visit.

As NASA explains in a new post, the planet’s surface is likely around 320 degrees Fahrenheit, which would make it far too hot for liquid water to exist on its surface. Liquid water is thought to be a prerequisite of life, so it’s unlikely we’ll find a race of star-worshiping beings hanging out there, but the planet is still incredibly interesting to researchers.

If you were to stand on its surface, you’d be able to see its closest star dominating the sky, with the pair of more distant stars shining bright in the background:

The planet is only around 22 light-years away from us, which is a stone’s throw in the grand scheme of things, and its discovery was made possible thanks to the angle of its orbit around its host star. As the planet passes in front of the star, from our point of view, the TESS satellite detects a dip in the star’s brightness, hinting at the planet’s presence while also revealing how long it takes for the planet to complete a full orbit.