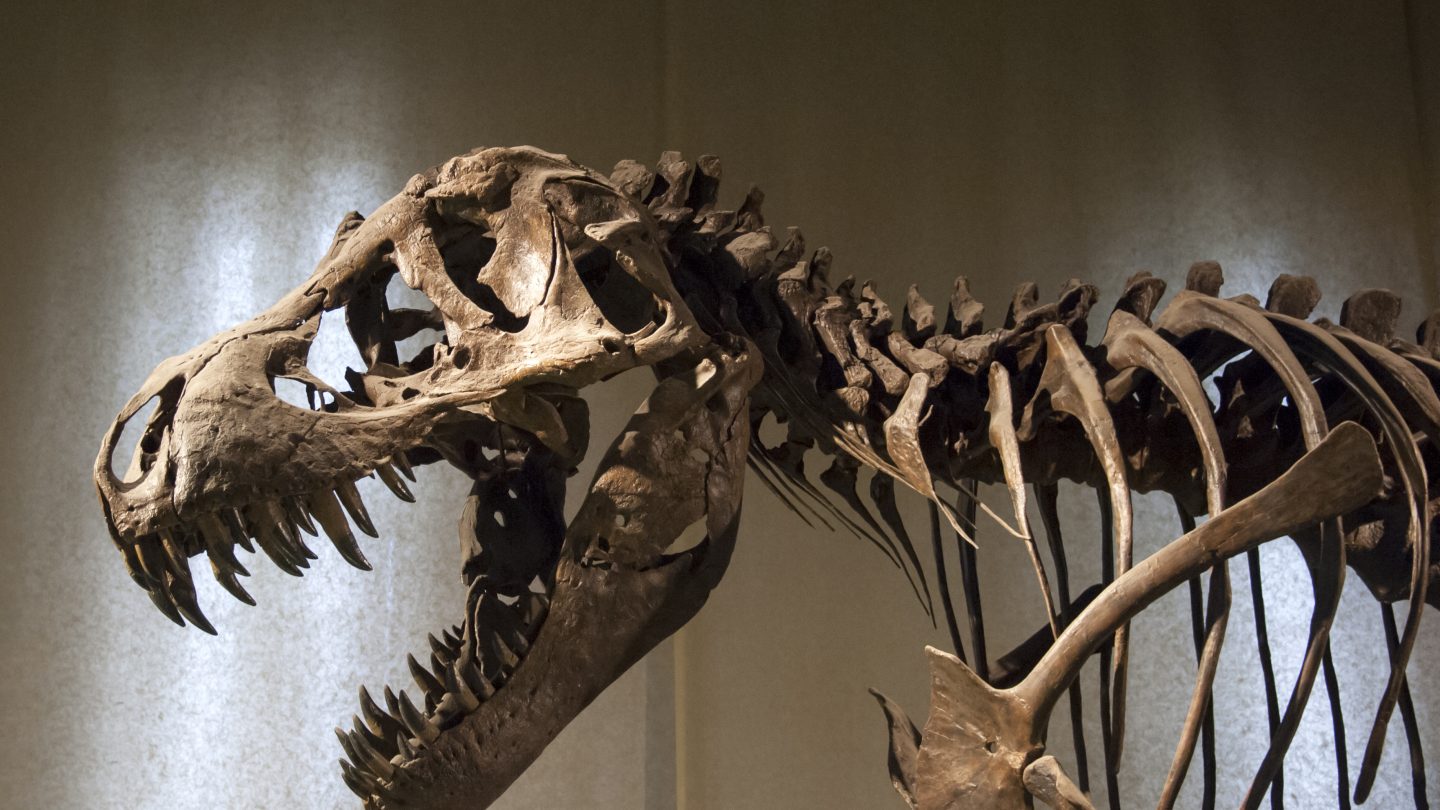 If you ask anyone what the most-known dinosaur is, you’re bound to get the answer “the Tyrannosaurus rex.” This dinosaur has carried an entire movie franchise on its shoulders for decades now. And it has been the obsession of many a collector and museum curator over the years. As such, it shouldn’t be a surprise that it’s easily one of the most iconic dinosaurs out there. That icon could now be under threat, though, as a controversial new paper on the Tyrannosaurs rex should actually be broken down into three different species.

The paper was published in Evolutionary Biology this past Tuesday. In it, the authors argue that there are enough differences between several T. rex skeletons to warrant the naming of two different species within the family. Gregory Paul, one of the authors on the paper, said that it’s likely to “rock the paleo community” as well as the public. (via The New York Times)

The authors of the study came to these conclusions while studying the various skeletons found over the years. They found that the proportions of the skeletons fell into two distinct groups. The first group featured a more “robust” form, while the second group saw a slimmer and more graceful form.

Proving it could be difficult

The community hasn’t officially accepted the changes, and some are even challenging them. Gregory Paul was right about at least one thing, though. These findings did shake the paleo community. As The New York Times points out, the paleo community has always been a wobbly one. Since dinosaurs are extinct, there’s no way to compare the DNA of one specimen to another. Instead, paleontologists have to rely on the bones that they find. This has led to an assortment of problems over the years, like the naming debacle surrounding the Brontosaurus throughout the 1900s.

On the other hand, the Tyrannosaurus rex has been lucky. Since its discovery and naming in the early 1900s, it hasn’t seen a challenge to its name. Now, though, this new paper has a lot of the paleo community scratching their heads and choosing a side. While some have outright written the idea off, others have taken a more nuanced stance on it.

Ultimately, we need a lot of evidence to back up these changes. That seems to be the consensus of many in the paleo community. Without DNA to back up the claims, though, it could take a while for that kind of evidence to be available. For now, many feel that there isn’t enough proof to warrant the change. Paul, and his co-authors, however, feel different. In fact, Paul told The New York Times that he plans to “raise a fuss” about it if museums and others try to ignore the conclusions.

For now, all we can really do now is wait and see where the paleo community falls on the renaming of the Tyrannosaurus rex.