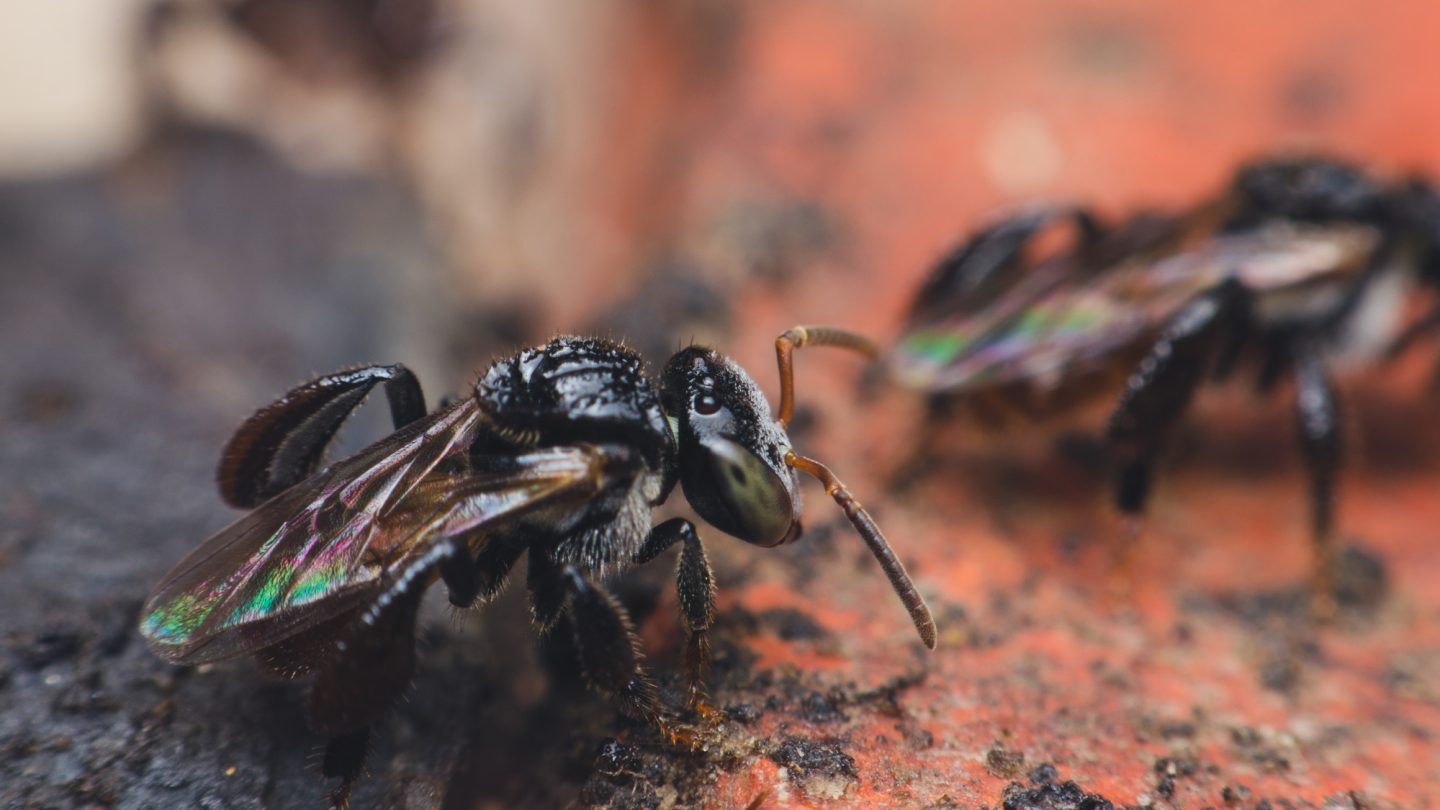 Scientists have observed a little-known species of meat-eating bee that sports an extra tooth for biting flesh.

According to a recent paper on the bees, they use their extra tooth to pull and gather meat. Doug Yanega, an entomologist with UC Riverside says that these are the only bees in the world that have evolved beyond using food sources produced by plants.

Typically, bees don’t rely on meat as a food source. However, these stingless bees in Costa Rica, have evolved. Not only do they have that extra tooth for eating flesh, but their guts also more closely resemble those of vultures.

“Unlike humans, whose gut changes with every meal, most bee species have retained these same bacteria over roughly 80 million years of evolution,” Jessica Maccaro, a UCR entomology doctoral student said. (via SciTechDaily)

Most stingless bees, as well as honeybees and bumblebees, all have the same five core microbes in their guts. The bacteria found in the gut of these bees, though, was much different from that of a typical vegetarian bee. One of the bacteria found in the bees is Lactobacillus. This is often found in fermented food, like sourdough. The scientists also found Carnobacterium, a bacteria associated with flesh digestion.

The researchers headed to Costa Rica to get a closer look at the bees. Once there, they set up bait using raw chicken coated in petroleum jelly—to help keep ants away. Then they waited. The bait successfully attracted vulture bees and some related species of opportunistic meat-eating bees. Stingless bees normally have a basket on their hind legs for collecting pollen. Instead, these carrion-feeding bees used those baskets to collect the chicken.

Quinn, McFrederick, another UCR entomologist with the study, says that the vulture bee’s microbiome is enriched with acid-loving bacteria that the others don’t have. It’s similar to the microbiomes found in vultures, as well as other carrion-feeders like hyenas.

The scientists say that the honey produced by these meat-eating bees is still sweet and edible. The bees store the meat they gather in a separate area from the honey. Additionally, they keep those chambers sealed off for two weeks before they even access them. The researchers plan to dig deeper into the microbiomes of the vulture bees. They’re hopeful that they can learn more about the larger role those microbes play in the bee’s overall health.